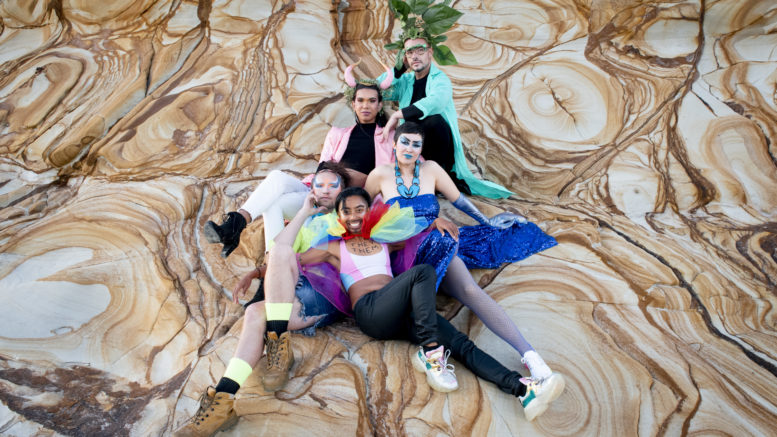 The Coastal Twist Festival has earned a finalist’s berth at The Honour Awards Photo: Lisa Haymes

Awards success could be in the immediate future for the Central Coast’s Naughty Noodle Fun Haus, which has been announced as a finalist in the Performing Arts category of the 2022 Australian Small Business Champion Awards.

The Fun Haus has also been named as a finalist in the Community Organisation category of the state’s Leading LGBTQ Community Awards, The Honour Awards, for its work with the Coastal Twist Festival.

Presented by ACON and SBS, the awards are now in their 15th year and acknowledge outstanding achievements within, or excellent service to, LGBTQ communities in NSW.

“It sounds cliché to say we are thrilled, but we are,” Board Co-chair and volunteer Juan Iocco said.

“Behind the vibrancy and positive culture shift there is a lot of very hard work.

“We landed here because the intention was to fill a genuine need for the Central Coast community.

Iocco said the support across the Central Coast surpassed ages, family structures, social economic backgrounds and represented a community ready to show its best side.

“Tackling multigenerational neglect through existing gaps in contemporary multi-arts and culture with community-led initiatives has not been easy but it has been necessary.

“Nothing highlighted this more than the data coming out of the region, from youth suicide to violence against women, Coasties travelling outside the region for contemporary culture and artists bypassing the region on east coast tours.

“Working with artists, local and national organisations as well as some of the largest corporate and government employers.”

He said the Fun Haus had created “fabulous, new and unexpected” working relationships and outcomes for the region including a new tourism product.

“These two awards mark the momentum and efforts of a region moving forward, of our collaborating artists and facilitators, working board, paid teams, dedicated volunteers, beloved audiences and fearless leader, Mother of the Haus, Glitta Supernova,” he said.