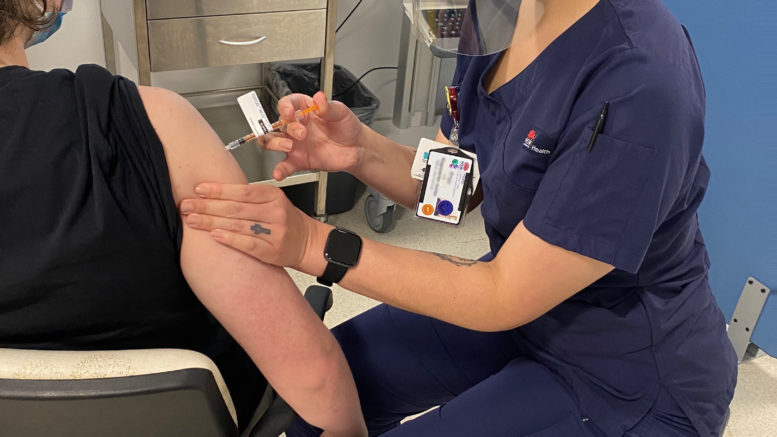 There still up to 3,000 new cases being reported in the region each week

As the number of COVID deaths nationwide tops 10,000, Central Coast Local Health District (CCLHD) has issued a reminder that the pandemic is far from over, with between 2,000 and 3,000 cases still being reported in the region each week.

CCLHD Acting Director of Public Health, Paul Byleveld, said the region has recorded 124 deaths since the pandemic began in 2020, with case reporting numbers likely to be on the conservative side.

“We are definitely seeing upward trend in case numbers,” he said.

“In the last seven-day period, 2,600 new cases were reported and with not everyone who takes a Rapid Antigen Test (RAT) necessarily reporting positive results, the actual figure could be significantly higher.”

There have been 106,000 active cases of COVID reported on the Central Coast since the beginning of the pandemic and Byleveld is urging everyone to keep up with COVID-safe practices.

“We are concerned that we are likely to see a spike in coming weeks, with two new sub-lineages of the Omicron variant – BA4 and BA5 – just emerging,” he said.

“We want everyone to keep practising COVID-safe habits and make sure they have had the boosters they are eligible for.”

Byleveld said nationwide only around 66 per cent of the eligible population has had the first booster (third shot) and is urging all Coast residents over the age 16 to ensure their vaccinations are up to date.

A second booster (or fourth shot) is available to those aged over 65, those of Aboriginal or Torres Strait descent aged 50 or over and those aged over 16 who are immuno-compromised.

“This fourth shot is available to anyone aged over 16 with a chronic health condition – I encourage anyone who thinks they may be eligible to consult a GP or pharmacist,” Byleveld said.

“There are also some anti-viral medications available which can help treat the virus once it in contracted.

“With winter now upon us, many people will be spending lots of time indoors and we would encourage the use of masks indoors, frequent hand washing and restricting indoor gatherings to large, well-ventilated spaces.

Byleveld said most people who contract COVID are able to manage symptoms at home, although there is a small number of people in Central Coast hospitals with the virus.

“It could be that the vaccines will become better and be part of our seasonal vaccine schedule,” he said.

But for now, caution is still advised.

Health Minister, Brad Hazzard, said there are fears the number of serious illnesses and the death toll will increase significantly unless more people immediately get boosted and practise COVID-safe behaviours, with 56 per cent of COVID-related deaths this year occurring in people who had had two or fewer doses.

“We are at the beginning of the third wave of Omicron which is likely to peak in late July or early August,” he said.

“This increase in community transmission brings with it greatly increased risks for those not up to date with their vaccines.”

With a bumper flu season also upon us, Byleveld reinforced the importance of residents having a flu shot.

“Vaccinations for both COVID and the flu reduce the likelihood of severe symptoms which may require hospitalisation,” he said.

Free flu shots are available at Central Coast GPs and pharmacies until July 17.