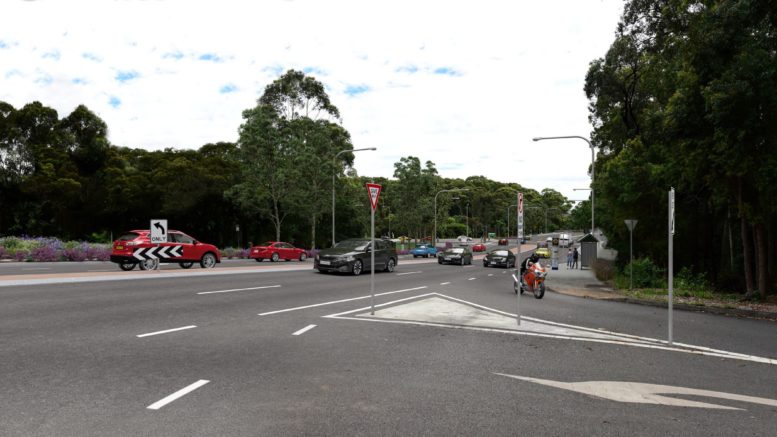 Transport for NSW (TfNSW) has released a report detailing responses to community feedback on the planned intersection upgrade at Tumbi Rd and Central Coast Hwy.

A TfNSW spokesperson said the Federal and State Governments had committed $64M to fast-track work on the upgrade.

“The release of this report is a critical step forward in upgrading the most congested part of the Central Coast Hwy, improving traffic flow and safety at this busy intersection,” the spokesperson said.

“Late last year we invited the community to comment on the concept design and environmental assessment, which identified potential impacts of the proposed upgrade and activities to reduce them.

“We received 35 submissions, with the main comments relating to shared paths and footpaths, and U-turn capabilities for motorists travelling on the Central Coast Hwy.

“There were also a number of road design suggestions for consideration.”

The spokesperson said the upgrade would replace the existing roundabout with traffic lights and widen the Central Coast Hwy north of the intersection to two lanes in each direction.

Other key features of the proposal include: providing two right turn lanes out of Tumbi Road onto the highway southbound; relocating two existing bus stops to a common location northbound on the Central Coast Hwy just north of the intersection; upgrading the existing large culvert under the highway north of the intersection including a new pipe crossing, to improve stormwater drainage; providing a U-turn bay in front of Pacific Garden Hotel for southbound traffic; Providing a new parking and loading facility to the Wamberal Grocer and Fruit Market (subject to landowner agreement); installing retaining walls and landscaped batter slopes to prevent impacts on Wamberal Lagoon Nature Reserve; and relocation and adjustment of existing utilities including water, sewerage, electricity, gas and telecommunications.

“It will improve public transport amenities and access, as well providing better walking and cycling connections with new and upgraded footpaths and shared paths,” the spokesperson said.

“This upgrade will boost economic growth and productivity in the region by cutting queuing and reducing delays at the intersection, resulting in better traffic flow.”

The submissions report summarises the community’s comments, the responses from Transport for NSW and details of the decision.

A number of design suggestions were raised including connecting the Old Tumbi Rd cul-de-sac to the Central Coast Hwy.

This was found not to be feasible as the steep grades on the Old Tumbi Rd approach would require extensive earthworks, require the removal of additional vegetation and present a safety risk.

“It could also encourage traffic to short cut through residential areas to avoid the intersection,” the report says.

Aternative bus and road lanes through the intersection were suggested but the report says a dedicated southbound lane that is not subject to stopping at the lights is not feasible, as it would have environmental impacts including encroachment into Wamberal Lagoon Nature Reserve.

“It would also introduce safety issues for the proposed pedestrian crossings and for buses requiring access to the southbound bus stop situated near Wamberal Cemetery,” the report says.

Concerns were raised regarding the removal of U-turn capabilities for traffic travelling on the Central Coast Hwy but the report says U-turn options would be available at the Crystal St roundabout, in front of the Pacific Garden Hotel, at the Ocean View Dr roundabout and the roundabout at the intersection of Pitt Rd and Tall Timbers Rd.

The proposal can be viewed at nswroads.work/tumbi.

Subject to funding approval, construction is expected to start in 2023 and take about two years to complete.

Transport for NSW will keep the community updated as work progresses.