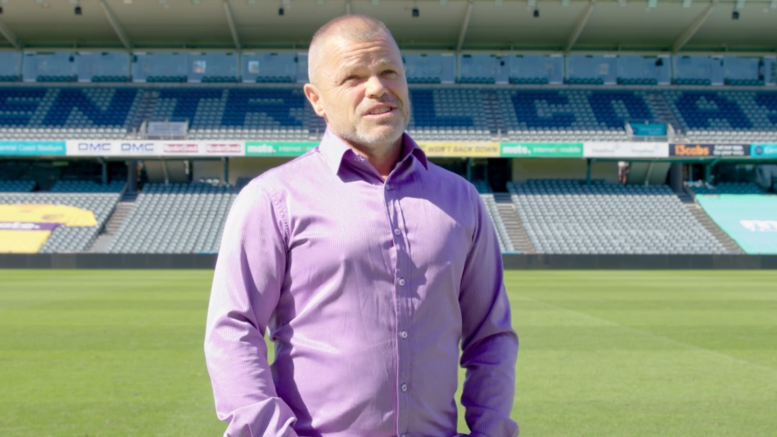 New Central Coast Mariners Board member, Richard Peil, has promised to keep the club on the Central Coast but is still awaiting approval to confirm his role as Chairman.

Peil spoke with Coast Community News in an exclusive spotlight interview, speaking on his own football and professional history, his goals for the first team squad, academy, sport science department, Women’s A-League entry and more.

Peil’s appointment to the Board has come with the blessing of current Chairman, Mike Charlesworth, who intends on handing over this role to the newcomer once approval has been granted by Football Australia (FA) and the Australian Professional Leagues (APL).

“It has taken a long time to find the right investor for the Central Coast Mariners and I’m convinced Rich is the perfect fit,” Charlesworth said.

“The focus of the club for many years was unashamedly survival, but with a great team of people both on and off the pitch, I’m sure Richard can build on the growth we’ve seen these last couple of years.”

In line with his promises to provide a fresh injection of investment, Peil has affirmed his belief in Head Coach, Nick Montgomery leading the first Men’s team into the AFC Champions League in two years.

Off the pitch, Peil has set the goal of solidifying the club’s financial position which he believes can be achieved by growing the spectacle around home games at Central Coast Stadium, Gosford.

“My vision is to make every home game more than just the 90 minutes on the field,” Peil said.

“Shaun (Mielekamp, Mariners CEO) and I are working together to make it a whole event: entertainment as fans arrive, entertainment at half time that is interested and one day maybe entertainment post-match as well.

“Once we start building up our member base, that’s the catalyst for us to then hopefully drag in more corporate dollars and get to that level where, as a business, the Mariners is at least washing its own face.

“Shaun and I are very confident we will get it to that level, it will probably take us three or four seasons but that’s our goal.”

Peil also gave some further clarity around the status of the club in organising the entry of their first team into the growing A-League Women conference.

“The league haven’t actually decided when they are going to admit us to the league,” continued Peil.

“The difference with me coming on board is that I’m willing to fund the shortfall of the club from year one, which we hope is next year but as we sit here today, we don’t know.

“We would love for it to coincide with the FIFA Women’s World Cup (in 2023), (but) I believe the worst-case scenario would be the year after.

“I hope the League make a decision quickly because players are getting signed already, so time’s running out for a decision on that, but I know there’s a process the League have to go through, it’s not as easy as just saying ‘yes, you’re in, hopefully, we will have a definitive decision very soon.”

As it stands, the Mariners are sure they have the training facilities and commercial resources ready for the Women’s team, although they are unable to confirm these until their admittance into the A-League is settled.

In the meantime, Peil expressed excitement in his new role with the Mariners and alluded to upcoming announcements the club is soon to make, including a new player signing and a new addition to the sports science department – more news to come throughout the off-season.