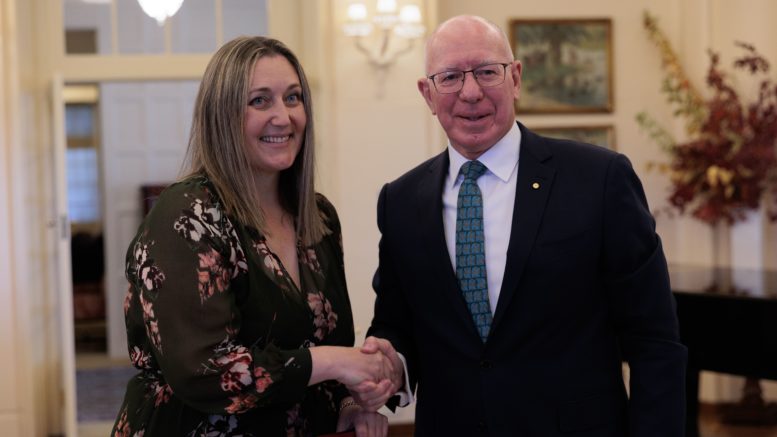 Member for Dobell, Emma McBride, has been sworn in as Assistant Minister for Mental Health and Suicide Prevention and for Rural and Regional Health in the new Federal Ministry.

Prime Minister Anthony Albanese has appointed his new Cabinet, with 10 of the 23 Ministers women.

Assistant Ministers are designated as Parliamentary Secretaries under the Ministers of State Act 1952.

Coast Community News caught up with McBride following the swearing-in ceremony on June 1.

“It’s so humbling to be able to have the chance to contribute to the incoming Government, particularly in areas I have a real passion for – mental and now also the opportunity to work in rural and regional health,” she said.

McBride said it would be her mission to make sure rural and regional health are front of mind in government decision making.

“This is such an exciting opportunity,” she said.

As we spoke to her, McBride was headed for her first meeting with the new health team, spearheaded by Minister for Health, Mark Butler, ahead of briefings with the National Health Commission and the Department of Health.

See the video section of our website for this all our video interviews.