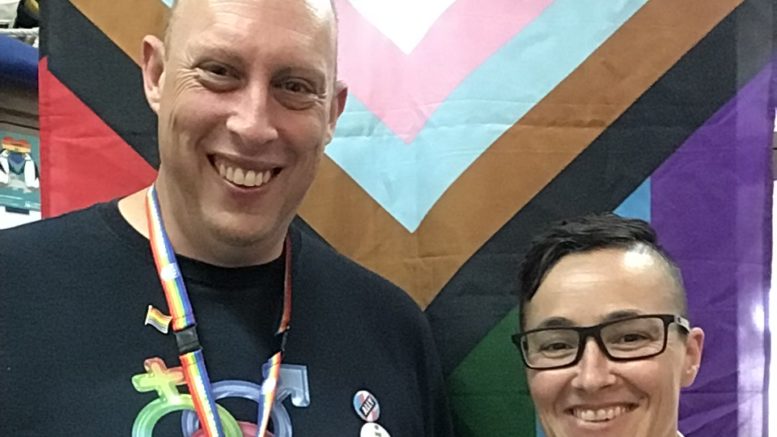 The awards recognised a variety of role models, allies and organisations dedicated to LGBTQ+ inclusion within the Australian health and wellbeing sector.

“The Out Role Model is something that really means a lot to me,” Heine said.

“I’m very proud of the work that I have been doing and that the team has been doing to improve our services to be more welcoming and inclusive to LGBTQ+ people.

“I would like to thank Central Coast Local Health District for ensuring there is a focus on such important work.”

CCLHD HIV and Related Programs Health Promotion Officer, Jason van Ritten, was the recipient of the LGBTQ+ Ally award for his contribution as someone who does not identify as LGBTQ+ but has made a significant contribution to LGBTQ+ inclusion in the healthcare sector.

“I’m very honoured to be able to receive this award and recognition,” he said.

“I look forward to continuing to build on what we have achieved over the past few years.”

“It is wonderful to see Erin and Jason recognised for their achievements both in ensuring we are an inclusive workforce and that we provide trusted, safe and inclusive care for our patients and carers,” he said.

“Thank you both for your passion and commitment to implementing change within the system that has allowed our LGBTQ+ community to feel safe and access inclusive healthcare.”