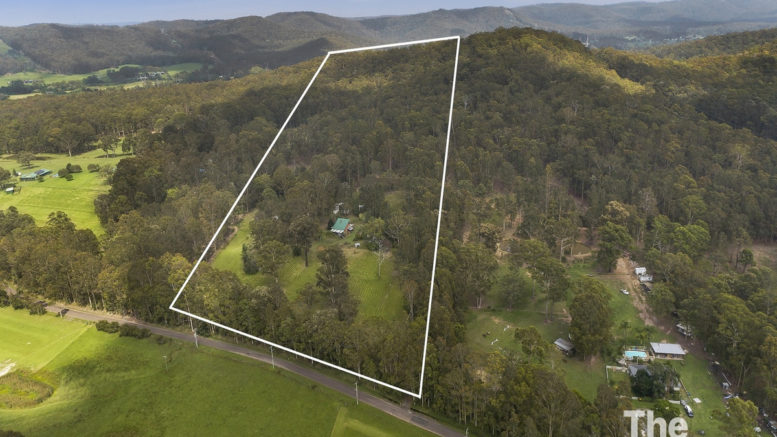 12 hectares at Jilliby for $2M

Land values on the Central Coast increased by a whopping 43.3 per cent in the 12 months to July 1, 2021, with the suburbs of Dooralong, Jilliby, Ourimbah and Palm Grove recording the largest rises in the rural sector.

The Coast figure well exceeded the Hunter/Central Coast combined regional rise of 36.6 per cent and the state-wide increase of 24 per cent.

Latest land values issued by NSW Valuer General David Parker reveal the largest rise in the region was in the residential sector (45.4 per cent), followed by commercial (34.7 per cent), rural (29.7 per cent), industrial (23 per cent) and other (34.8 per cent.

The Valuer General’s report said the upward trend in land values in the region was largely driven by record low interest rates.

“Strong demand was particularly significant for residential property due to the lower cost of finance coupled with changing perceptions and lifestyle factors triggered by the COVID-19 pandemic,” it said.

“More flexible working arrangements and a focus on lifestyle have increased the Central Coast’s appeal, along with better property affordability in comparison to Sydney metropolitan.

“Strong demand for properties that offer good amenity including prestige properties was evident.

“Despite the Central Coast being in pandemic lockdown for much of mid-2021, local real estate agents have continued to actively sell property during 2021 with increasing prices.”

In the residential sector, beachside suburbs, which offer the highest lifestyle amenity, experienced the most significant increases in land values.

These areas include Blue Bay, Toowoon Bay and Bateau Bay.

Despite the disruption to commerce caused by the pandemic, demand has been very strong for commercial property in the region and recent subdivisions at Tuggerah and Wyong, together with the recent completion of the NorthConnex Motorway, contributed to rises in industrial land values.

Land value increases in the rural sector reflected low interest rates, more flexible working arrangements and an increased focus on lifestyle, all increasing the Central Coast’s appeal as a place to live, along with better property affordability compared to the Sydney metropolitan area.

Valuer General David Parker said while land values reflect the value of land only, property sales are the most important factor valuers consider when determining them.

“Land value is the value of the land only and does not include the value of a home or other structures,” he said.

“Private contract valuers with expertise in their local areas consider a range of factors in determining land value, including the features of the land and its legally permitted use.

“Valuer General NSW has quality assured the land values for fairness and consistency.”

Parker said Revenue NSW will use the latest land values to calculate land tax for the 2022 land tax year with registered land tax clients to receive a land tax assessment from late January.

More information can be found at visit https://www.valuergeneral.nsw.gov.au.