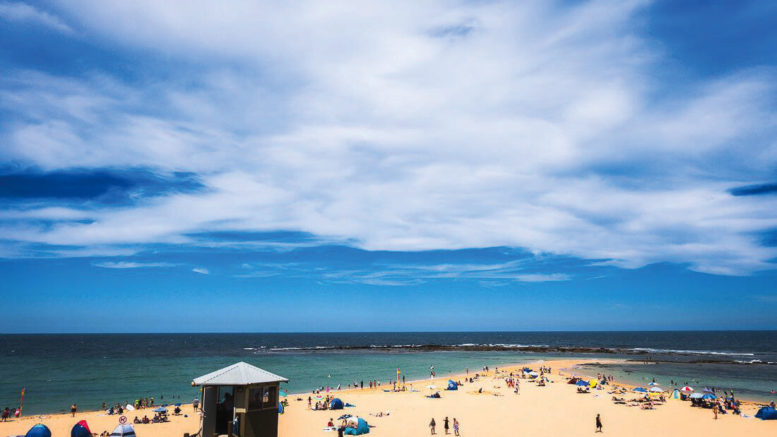 A proposal to name the lifeguard’s tower at Toowoon Bay in memory of a popular surf lifesaver was considered by Administrator Rik Hart when Central Coast Council met on Tuesday, January 5. See article update below.

The staff recommended that Hart “approve the application for the naming of the Toowoon Bay Lifeguard Tower in memory of and to acknowledge the outstanding contribution of Mr Allan Cook”.

“At the time of his passing representations were made by elected Councillors, Council Executive and local members to name the Toowoon Bay lifeguard’s tower after Cook,” Prince said.

“It was hoped this matter could be progressed by a simple resolution of Council.

“Unfortunately with the dismissal of the elected Council, the COVID-19 pandemic and the ongoing problems facing Central Coast Council no such action was taken.”

Accordingly, Prince made a formal application under Council’s Policy for Memorials, Naming of Council Facilities, and donations of park furniture and trees.

“Whilst it will be impossible to adequately express the gratitude, respect and high regard Allan was held in, the simple naming of the lifeguard tower where Allan spent so much time serving the community would be of great comfort to his family,” he said.

The Toowoon Bay SLSC asked for the matter to be approved as a priority so it could hold a naming ceremony while Allan Cook’s son Daniel was visiting from the UK and while the Victorian state boarder was open so his daughter Hayley could also attend.

According to the application Cook was based at the Toowoon Bay lifeguard tower location for 34 years and could always be found at the tower or on the beach when not assisting with a rescue.

“Allan was the driving force behind the establishment of lifeguard towers on the Wyong Shire patrolled beaches,” according to the application.

“He advocated for the need for towers to give a better view of dangerous coastline locations…than the clubhouses that were often set back much further from the shoreline.”

The application said he also advocated for additional lifeguards to make our beaches safer in his time as beach superintendent.

Letters in support of the application were sent to Council from MPs David Mehan, David Harris, Emma McBride, from Daniel Cook and from the Toowoon Bay SLSC.

UPDATE: The Administrator approved the staff recommendation at Tuesday’s council meeting and, therefore the tower naming will proceed.