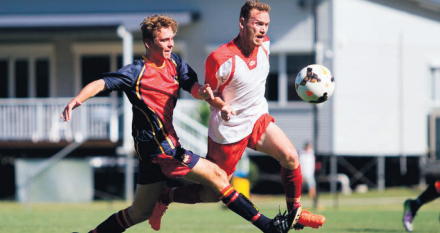 Central Coast Football has been de-registered by both Football Australia and Football NSW after failing to reach agreement with the two associations on fees and insurance.

It is understood that Central Coast Football has secured it’s own insurances for the upcoming season in a move that will see all 24 football clubs and 15,000 active members on the Central Coast effectively become their own football association.

Correspondence was received on December 31, 2021 from Football Australia’s CEO James Johnson advising that CCF would be deregistered from organised football in Australia and cease to be a member of Football NSW.

The situation is not without precedent as footballers and clubs in Northern NSW have been unaffiliated with Football NSW for many years after disagreements decades ago.

What’s it all about?

From correspondence CCN has viewed it appears the disagreement started last year in relation to three points of contention.

The first was in relation to the overall high cost of insurance cover, the second had to do with extending the insurance cover to non-completion games, such as Soccer 5s and trial matches.

The third was about refunding some of last year’s registration fees due to COVID and matches not played.

In a statement to local clubs and players CCF management said: “Football Australia and Football NSW are not agreeable with our position, and we have met with CEOs and senior executives from both bodies several times.

“A temporary concession was granted from FA on point 1 (albeit with significant unacceptable conditions) and FNSW indicated their preparedness to negotiate on point 2 (but provided nothing concrete albeit the 2022 season was imminent), however point 3 was totally unacceptable to both FA and FNSW.

As a result CCF is now no longer affiliated with either Football Australia and Football NSW.

Local players need not despair, the local football season between the local clubs will go ahead as normal.

CCF has secured the necessary insurances and maintains the organisational capacity to run the season.

Registrations for the 2022 season open this week and can be done through the usual online channels accessible through the Central Coast Football website.