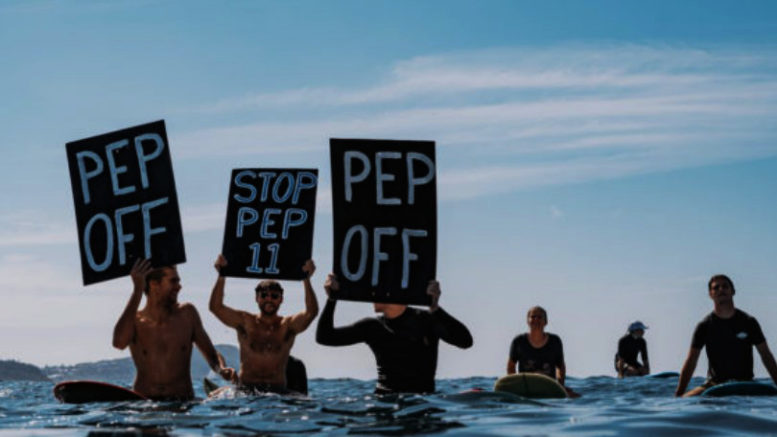 What happened to Lucy Wicks’ “rock solid guarantee”, on behalf of the Morrison Government, that PEP11 gas development would not go ahead?

The responsible Minister is now saying that he is “considering this on balance, in regards to the law, in regards to the national interest and … tak(ing) into account the views of the community” (“McBride and Conroy back bill to debate PEP11”, Chronicle p6 Oct 27)

“Considering on balance” doesn’t sound like a firm commitment in any meaningful interpretation of the words, and we all know what “taking into account the views of the community” means as a third-level factor, when it comes to the interests of the mining lobby, so it is alarming that the lease-holders are proceeding full-steam ahead with drilling preparations, apparently on the basis of some knowledge denied to the community at large.

To be opening up gas fields indicates how seriously the Government takes its reluctant commitment to zero net emissions in 2050 (preferably, if possible, provided there is no loss of mining jobs, with full protection for the agricultural sector and preserving all National Party seats).

What about some protection for the rest of us, instead of pie-in-the-sky rhetoric about new technologies solving all our problems, without any need for regulation or for governmental action, except, of course, for “incentives” to the worst polluters to change their ways?

In this instance, incentives is the code word for splashing out our tax dollars to benefit big business on which the Morrison Government relies for financial support, rather than requiring polluters to clean up their own mess through a trading scheme.

It is telling that a government that supposedly espouses the market as the best mechanism for dealing with national needs doesn’t want to use the most obvious market mechanism (recommended by all economic experts) as the key to a workable emissions policy.

I don’t care about “SloMo” being embarrassed in Glasgow, when he has to deliver this drivel to a sceptical audience, and I have no personal stake in the matter, as I’ll be long gone by the time the impacts of emission increases hit home.

However, there is a “national interest” involved here, and it doesn’t seem to be the one guiding Minister Pitt in his deliberations on the PEP11.