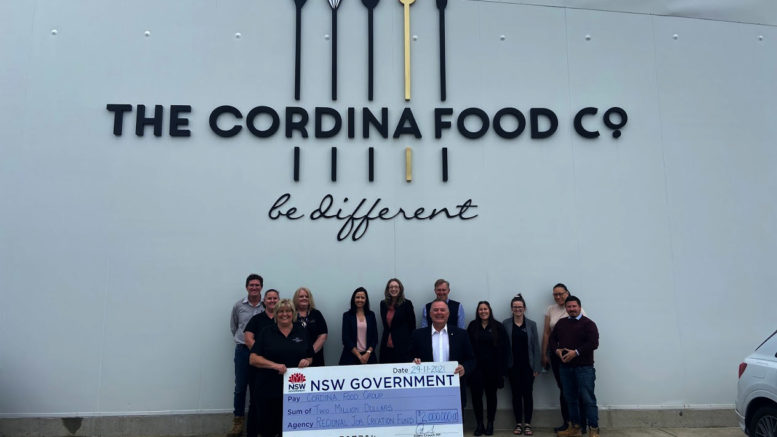 A Wyong based company will duplicate its production line, helping to boost its capacity and meet the growing demand for its fresh, frozen, and readymade gourmet meals, thanks to the NSW Government’s Regional Job Creation Fund.

“The expanded production line will help meet the surge in demand for Cordina’s gourmet poultry items that are sold throughout national supermarket chains and by local food retailers,” Crouch said.

“Established in 1948, Cordina Food Group is Australia’s oldest chicken company, and this funding will help it thrive well into the future with production boosted by 100 per cent.

“The company’s expansion and extra processing capacity will give greater confidence and certainty to Cordina’s suppliers, which includes a number of contract chicken growers and local poultry farmers.

“Providing businesses with the opportunity to fast track their growth plans to expand their operations means they can increase their production, attract more investment and create new jobs today, which is great news for the local economy.

More information on the NSW Government’s Regional Job Creation Fund can be found at investregionalnsw.com/RJCFund.