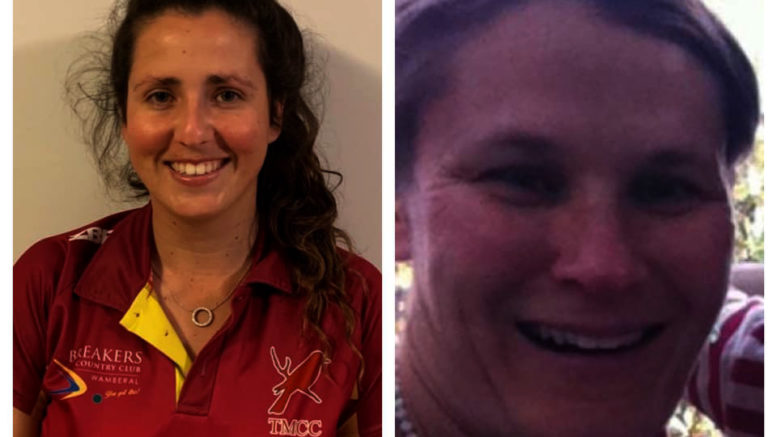 Terrigal Matcham and Lisarow Ourimbah Black are currently at the top of the table thanks to their wins on Saturday, November 6.

Terrigal Matcham, on the back of a solid batting display, were able to hold off a gallant Narara Wyoming outfit to win by 41 runs at Terrigal Haven.

Batting first, 2020/21 Team of the Year player, Tara Trench, got Terrigal Matcham off to a flying start with 46 before Jade Day and veteran, Dehann Richardson 28 not out, were able to get the Bellbirds to here wickets for 146 runs off their 20 overs.

In reply, Narara Wyoming put in a consistent performance with the bat with youngsters Chelsea Owen 25 not out and Emilie Stevens 17, leading the way.

Richardson capped off a good match by taking two wickets for only six runs off her two overs, whilst the Narara Wyoming innings also included four runs out.

Andrews and fellow opening bowler, Jade Burkinshaw, had Northern Power in trouble from the start after they decided to bat first after winning the toss.

From three wickets for only 14 runs Northern Power, through the experienced pair of Kerry Seymour and Crystal Osbourne 17, were able to get to the score to 7/85 off their 20 overs.

Chasing 86 for victory, Andrews and Hooke got Lisarow Ourimbah off to a good start with an opening partnership of 27 before Hooke was dismissed for 15.

Andrews was next to go for 17 before Burkinshaw, Michelle Pankhurst and Rachel Scarr 11 saw the visitors home with five overs to go.

Captain, Sam Thomas, was the pick of the Northern Power bowlers with 3/17 off four overs.

In the final game, Kincumber Avoca remained unbeaten with a nine wicket win over the newly promoted The Entrance at EDSACC Oval.

Batting first after winning the toss, The Entrance were in immediate trouble at 3/8 as youngster Layla Graham was devastating with the new ball taking four of the first five wickets to fall.

A late order rally from Karina Davidson and Korrie Blackwood saw The Entrance reach 7/84 from their 20 overs.

As mentioned, Graham was outstanding with 4/17 from her four overs.

In the chase, Sarah Perkins and Sophie McCrae made the perfect start with a partnership 67 which enabled the Griffens to ease to victory with five overs to spare.

Wyong had the bye for round two.

Round three will commence on November 13, and Lisarow Black will face The Entrance at Lisarow Sports Field, Northern Power Blue will battle Northern Power Orange at Tunkuwallin Park, Narara Wyoming will take on Lisarow White at Carrington St, Wyong will face Terrigal Matcham at Don Small Oval and Kincumber Avoca has a bye.