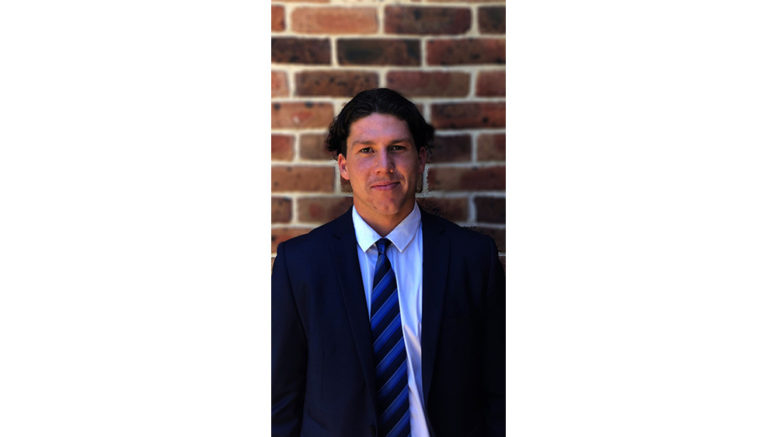 The 17-year-old fast bowler, who plays for Terrigal Matcham Cricket Club, first represented NSW at the National Under 15s Championship in 2018-19, before competing in the ACT/NSW Country Under-19s Squad.

Despite a lack of cricket last season due to injury, Toohey has been included in the Australian Under 19s World Cup extended Preliminary Squad for the Youth World Cup to be help in the West Indies in January 2022.

Toohey is one of 12 players that have been awarded with a Basil Sellers Scholarship in 2021-22, all the recipients have gone through the Cricket NSW Pathway System, representing either NSW Metropolitan or ACT/NSW Country at various Underage National Championships.

The 17-year-old from Holgate said that he was thrilled to receive the scholarship that will help him transition from school into university and a professional career in cricket.

“I’ve been playing with Terrigal Matcham since I was eight, my Dad really got me interested in cricket as he used to play and growing up we were always playing cricket in the back yard.

“He was also the President of Terrigal Matcham Cricket Club a few years ago.

“As the bowler, I am really inspired by Pat Cummings.

“I’ve always been inspired by how smooth his bowling is.

“I train twice a week and play on Saturday, and I go to the gym five days a week to work on my fitness,” Toohey said.

Toohey, who is in Year 12 at St Edward’s College in East Gosford, said that after he completes the HSC, he wishes to take a gap year to travel and work on his cricket skills.

“The scholarship will help me with the transition from school into university and into a professional career.

“I plan on taking a gap year next year and focusing on travelling and my cricket before heading to university.

“I’m considering studying Sports Science or Construction Management, or even a business degree.

“I’d love to go professional and land a rookie contract and hopefully one day play for Australia,” Toohey said.

A big fan of the Sydney Sixers, Toohey said that he’s planning to play in the Central Coast Under 21’s competition as well as the Sydney premier league.

“Next year I want to play here on the Central Coast on Saturdays and play down in Sydney on Sundays.

“I’m really looking forward to playing down there,” Toohey said.

The Basil Sellers Scholarship is in its 16th year, and the program awards scholarships to promising male and female cricketers under 19 and supports scholars and their families with expenses such as education, travel and the cost of relocation from regional areas.

The Scholars are offered a two-year Team Kookaburra equipment sponsorship, through the support of Kookaburra, one of Cricket NSW’s longstanding partners.

Founder and philanthropist, Basil Sellers, said each of the 12 Scholars have a great opportunity to pursue their dream of becoming elite cricketers.

“It’s been a challenging 18 months for the state’s best emerging cricketers, but it has also been a character-building time for these eleven recipients in their pursuit to represent their state and country at the highest level.

“The perfect cricketing all-rounder is not just someone who performs in the middle but understand the importance of personal development away from the sport arena through education.

“By their actions, they are revered as role models and leaders amongst their peers, while conducting themselves in a manner which is in keeping with the spirit of our great game.

“I look forward to following with keen interest the progress of the year’s recipients and encourage all to seize upon the support and opportunities they have been afforded as they look to follow in the footpath of previous scholarship holders who have gone on to not only represent, but captain Australia,” Sellers said.

Nine out of 10 clubs have women’s teams