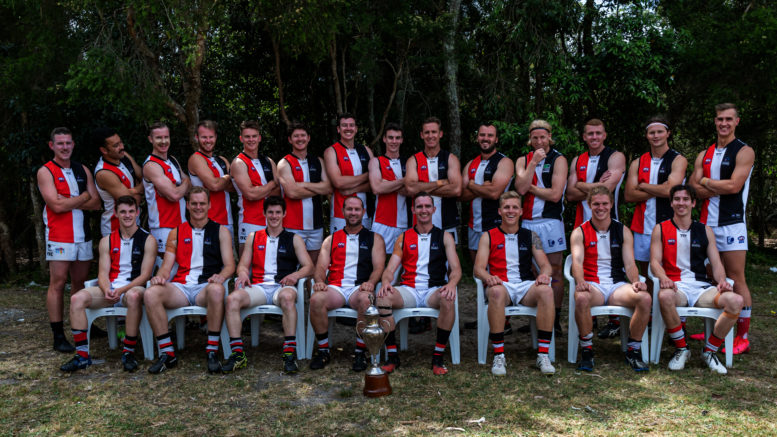 Players and teams from across the Central Coast have been recognised for their efforts on the AFL field at Hunter Central Coast AFL’s 2021 Elliot Davey Awards.

Although the season was cut short due to COVID-19 restrictions, awards were still given for on-field action up to Round Nine.

Killarney Vale’s Brandon Lloyd was recognised as the runner up for the Maurice Goolagong Trophy which recognises the player who scored the most goals.

Killarney Vale players Ashleigh Page and Aaron Duncan were both selected as Hunter Central Coast’s Representative players of the year for 2021.

Other Coasties mentioned in the awards include Killarney Vale’s Corey Shackleton who was a joint winner with Singleton’s Nadene McBride for the James J Arnold Clubperson of the Year award.

Wyong Lakes’ Lee More was awarded the Black Diamond Plate, The Granland Medal for the highest number of best and fairest votes, tying with Cardiff’s David Graan on 13 votes.

The Elliot Davey Awards recognise players from across Hunter and Central Coast teams for their efforts and achievements on the field over the last season, which was cut short at round nine when the current COVID-19 lockdown started in June.

A spokesperson for Hunter Central Coast AFL said thank you to all club volunteers, players, umpires and club families for their hard work and commitment to the 2021 season.

“The season didn’t end the way we would have liked it to, so we hope to see everyone in 2022 for what we hope can be a more complete season,” the spokesperson said.