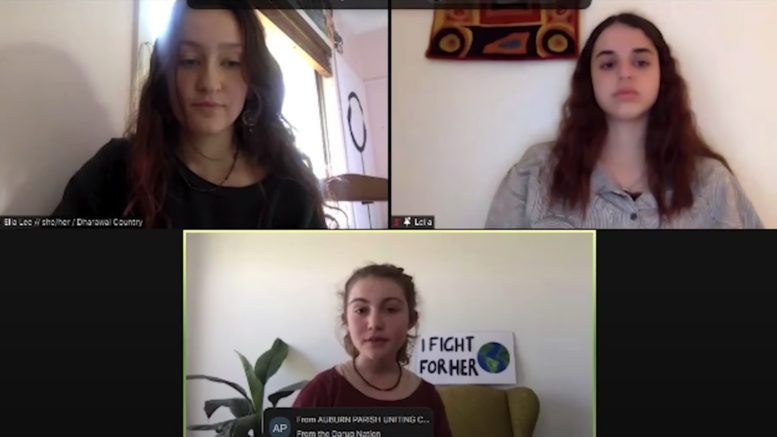 School students and adult supporters from across the region joined thousands of other students from around the country as part of a national school strike on October 15.

The strikers are demanding the Morrison Government says no to funding gas and coal projects, and instead, invests in renewable energy, secure jobs and First Nations solutions to protect Country.

The strike was organised by the School Strike 4 Climate network, with support from First Nations communities, unions, parents and everyday Australians.

Local School Strike 4 Climate Organiser, Jayden Delbridge of Wadalba, said that the Morrison Government did not care about the future.

“A mere two weeks out from COP26 (the 2021 United Nations climate change conference) and without a credible climate justice policy, the Morrison Government has shown us time and time again that they do not care about the future of young Australians.

“Prime Minister Morrison’s support for the fossil fuel industry shows clearly where his priorities are, and young people are not on that job priority list.

“This Government is failing young people and future generations.

“The Government thinks they can dismiss us young people just because we don’t get a vote.

“Well, there’s a federal election coming up Prime Minister and us young people are turning 18 years old by the minute.

“On October 15 we took our protest directly to decision makers, Members of Parliament to show them again that the climate crisis is a crisis, and that there are repercussions to not listening.

“Once we have the vote, we’re going to vote for our future.

The event was hosted by student organisers and featured talks from the Assistant National Secretary of the Maritime Union of Australia and other climate activists.

During the strike, participants were encouraged to take action by calling, tweeting and messaging Prime Minister Scott Morrison, Leader of the Opposition Anthony Albanese and Minister for the Environment Sussan Ley on social media, which appears to have worked, as Morrison announced on October 15 that he would be attending the COP26 conference in Glasgow.