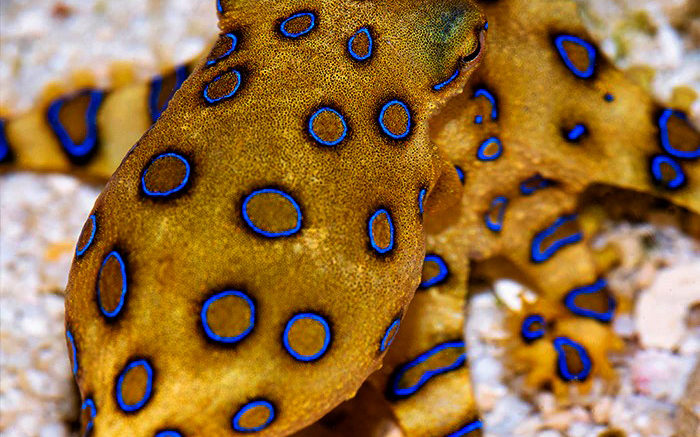 Killcare Surf Lifesaving Club (KSLSC) has warned residents to be aware of blue-ringed octopuses on local beaches after a child nearly came into contact with the creature recently.

“The Blue Ringed Octopus is stunningly beautiful and they can sometimes be seen in the bogey hole, as one of our Nipper mums found out this week when it turned up in the bucket her six year-old was playing with,” Club President Craig Sheppard said.

“Luckily, they dodged the bullet but please be aware they are there and do not touch them.

“They’re not generally aggressive but, like most wild creatures, they will use their defenses if they feel threatened.

“And if they’re looking their best with the trademark blue rings shining, that means they’re feeling threatened.

“Their venom is a paralysing agent and worst case is you have about 10 minutes until you start having some difficulty breathing and it’s downhill from there, so quick action is key.

“If the patrol or the lifeguards are on, alert them immediately.

“If not, don’t wait to see what will happen, call 000 straight away.

“If you have bandages, great, if not clothing or whatever else you can find will do.”

Sheppard said for those bitten to use the pressure immobilisation technique (used for snakes and funnel webs) – broad pressure over the bite, then starting at the fingers or toes of the bitten limb and extending upward, covering as much of the limb as possible.

“By all means admire them from a distance and if you leave them alone, they will generally leave you alone,” he said.

“They are very vulnerable to predators and hide during the day, tucking themselves behind rocks or among shells.

“They can also hide in discarded bottles and cans in the water, so be wary of collecting these.”

Max rises from pain to podium

Umina SLSC shine in final round of Junior Ironperson Series