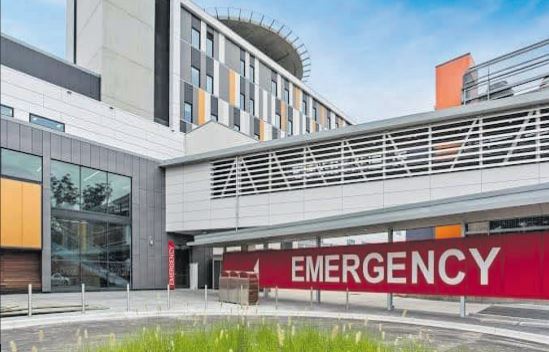 Member for Gosford, Liesl Tesch, has called on the NSW Government to increase health staff numbers across the Coast following a significant new report which identified a series of patient outcomes at the Emergency Department at Gosford Hospital.

The latest Bureau of Health Information’s quarterly report, which details patient care between the period of April to June this year, indicated a rise of 395.5 per cent of people leaving the Emergency Department without or before treatment at Gosford Hospital.

1,706 people left without, or before completing treatment in comparison to the same period last year which was 345.

The report states that out of 21,595 attendances to the emergency department in this period, only 51 per cent of patients started their treatment on time which is 25.9 percentage points down from the same quarter last year.

Out of 21,476 presentations to the department, 249 people needed resuscitation (up 33.9 per cent from last year), and 2796 patients were in an ‘emergency’ condition – 81.8 per cent of these patients started treatment on time.

Tesch said these results, coupled with attendance to the Emergency Department at Gosford Hospital rising by 37.1 per cent, was concerning.

“It is undeniably clear that our local Emergency Department is becoming busier, especially with the many new locals we are welcoming to the Coast,” Tesch said.

“Staff at Gosford Hospital are already working ‘over and above’, regularly working overtime and double shifts, not taking holidays, and clearly need greater support.

“These results indicate that we need more staff pumped into our hospital to ensure that our locals are being given the attention they need.

“If this 400 percent trend increases then I have grave fears that this will deter thousands of Coasties from seeking medical assistance when they need it.”

A source close to the Gosford Hospital Emergency Department said there was “so much more” to the data identified in the report.

“There are many reasons for people to leave before seeing a doctor – including having a nurse fix their problem,” they said.

“Gosford is definitely getting slammed … it’s a supply (staff) and demand (patients) problem but I feel both factors have changed.

“Since the lockdown, staff have had to implement PPE precautions which makes work so much harder and slower – this means that even dealing with the same patient load takes longer.”

Kerrie Goslett, a 62-year-old Peninsula local and grandmother said she waited over five and a half hours at the Emergency Department.

“On Tuesday I was experiencing dots in my vision and feeling unwell, so I went to the doctors immediately and was informed my blood pressure was very high, with my doctor checking multiple times to make sure the reading was correct,” Goslett said.

“My doctor wrote me a letter and referred me to go straight to Emergency.

“I followed the instructions and went, gave my letter and waited patiently for five and a half hours but that’s when I gave up.

“I went to ask how many more people were in front of me and was told 13.

“At that point it was almost 10pm and I went home.

“I am still experiencing the same symptoms, but I don’t care how sick I am, I am never going back to Gosford Hospital again.”

Tesch said that if staffing levels are not increased, the health of locals will be compromised.

“It is stories like this that I am hearing from our locals and something that I do not want to be repeated,” Tesch said.

“There is no denying our population has increased and our local hospitals are struggling to keep up, there is no more evidence we need.

“The results are clear – we need more staff.”