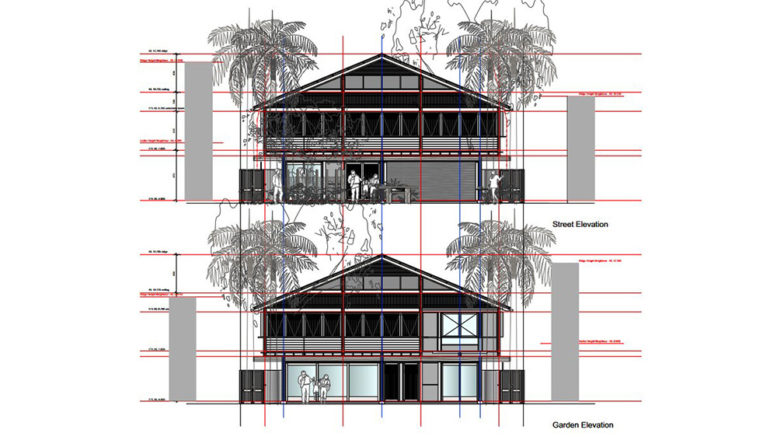 A Construction Certificate has been granted for a new dwelling house in Pearl Parade, Pearl Beach.

The certificate, granted by a private certifier, means the project can commence including demolition of existing structures and construction of the new dwelling.

Three submissions were received by Central Coast Council when the proposal was advertised during February and March.

The application included the removal of the existing dwelling house which was constructed in the early 1990s and the erection of a new two-storey dwelling house.

The new house will be founded on a reinforced concrete slab, timber framing with a mixture of external cladding.

According to Council’s assessment report, “the external finishes schedule forms part of the architectural drawings prepared by Stephen Lesiuk and would incorporate the use of the materials that would be within harmony with the colour palette from the surrounding bushland.

“The dwelling house would include a double garage, rumpus room, ensuite, bedrooms, bathroom and laundry.

“The upper floor would include 2 bedrooms with ensuite, open living areas with a adjoining verandas.”

Sanctuary renovation in character with area