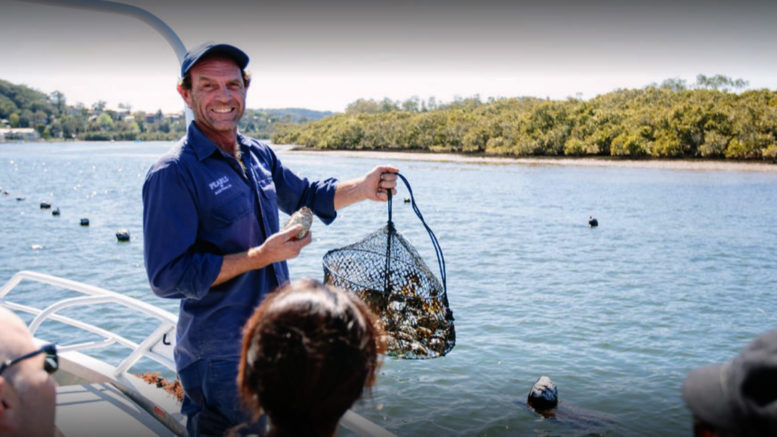 Broken Bay Pearls is one of three businesses on the Central Coast set to upgrade facilities, purchase new equipment and employ more people, thanks to a financial boost from the NSW Government’s Regional Job Creation Fund.

Broken Bay Pearls will share in the $380,000 funding with two companies from the Coast’s north (Performance Engineering Group at Berkeley Vale, Spiralz Fermented Foods at Tuggerah).

Broken Bay Pearls will receive $100,000 funding towards $388,888 to build two new processing and storage facilities in response to the global demand for its signature Akoya pearl oyster meat, as well as high domestic tourism interest.

“The NSW Government’s funding contribution to this exciting expansion, which will include six new jobs,” said Parliamentary Secretary for the Central Coast, Adam Crouch.

“It will also help to purchase a self-propelled aluminium vessel which serves as a floating work platform for all pearl-farming activities, including grading, seeding and harvesting,” Crouch said.

“Regional NSW is the engine room of our state and providing more support to companies to expand their operations and become more competitive will help to stimulate the regional economy, boost livelihoods and provide local employment,” he said.

Crouch said the Spiralz Fermented Foods factory at Tuggerah was already a niche manufacturer of premium fermented vegetables and beverages.

He said the planned expansion would enable the company to increase output and expand product lines to include probiotic beverages and shots of its sauerkraut and kimchi range.

The funding will help Performance Engineering Group at Berkeley Vale to buy and install new equipment so it can start manufacturing “hub pressings” which are used extensively in Australia’s mining industry.