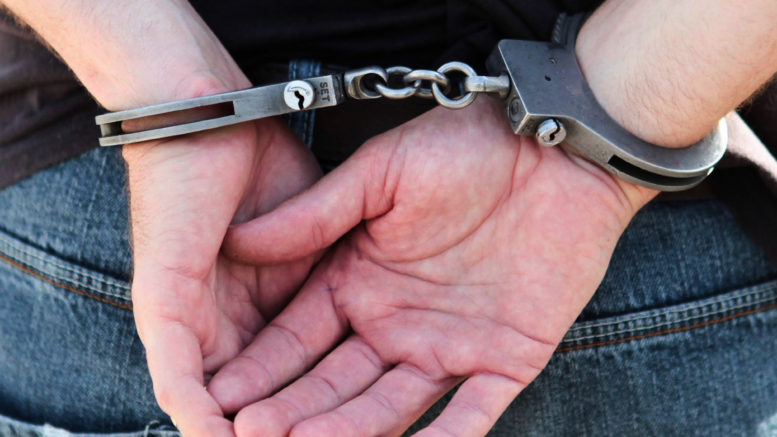 A 27-year-old male was arrested and charged with a range of offences following a police pursuit in Woy Woy.

The vehicle failed to stop for police and a chase commenced.

At the intersection of Blackwall Rd and Memorial Dr, Blackwall, the vehicle got caught by traffic and then entered the roundabout on the incorrect side of the road.

The police vehicle was caught behind the traffic.

Police then saw the vehicle crash at minor speed (approximately 40km/h) into a Nissan Patrol.

Police reached the crash scene with the POI exiting the vehicle, running into the side of the stationary police vehicle and falling to the ground from the impact.

The POI then ran with police pursing him on foot, before jumping a fence into a residential backyard where police detained him after a violent struggle.

A subsequent search of the offending vehicle located cash, prohibited drug/equipment and a knife.

The POI was placed under arrest and, after being treated at the scene by NSW Ambulance, was conveyed to Gosford Police Station.

He was subsequently charged with: police pursuit-not stop-drive dangerously; drive whilst disqualified subsequent offence; fail to stop and assist after impact cause injury; not give particulars to other driver; resist an officer while in the execution of his or her duty; custody of knife public place-subsequent offence; possess prohibited drug; supply prohibited drug; and deal with property proceeds of crime less than $100,000.

The POI appeared at Gosford Local Court on July 29 where he was refused bail.

The 72-year-old driver of the Nissan Patrol was treated at the scene for a soft tissue injury to his shoulder whilst one of the arresting officers received soft tissue damage to his right calf.

Long-awaited Woy Woy commuter carpark may soon be a reality