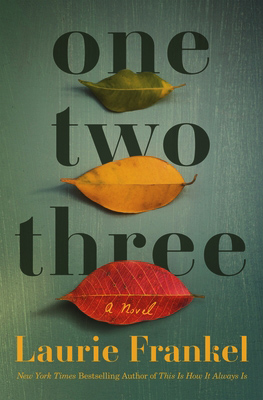 As each one is born another syllable is added to the name.

When the triplets refer to each other they use the order in which they were born, one, two, three.

They are now 16 years old and ever since they can remember, their mother has been fighting for Bourne and its citizens.

Their father got sick and passed away.

Mab is smart and outgoing and in terms of people from Bourne, she is “gifted”.

She feels guilty because she knows she is destined to one day leave Bourne.

Monday is on the spectrum and loves the colour yellow, will only wear yellow, eat yellow.

She is the towns de facto librarian and all the books that weren’t able to be sold when the library closed are now stored around the house.

Mirabel is super smart, maybe she is a genius, but she has no control over her body – sometimes it is rigid and sometimes it can’t support her.

She gets around by wheelchair and Bourne is a well equipped with ramps.

She can’t eat, walk or even communicate since she has her Voice, but her sisters always know what she is trying to say.

Belsum Chemical was the main employer in town, but the water started to smell, and then turned an odd colour, the pets started to get cancer and then the citizens got sick.

Belsum closed up the plant and left the citizens of Bourne on their own.

Those who were able to leave left.

House prices plummeted so those who didn’t have anywhere else to go, stayed.

Nora, the town therapist, bartender and baker has been fighting a battle against Belsum Chemical for almost 20 years.

She and Russell, the lawyer helping out, have gotten close but they can’t find the “smoking gun” which will make their case.

Now Belsum has come back to town and renamed themselves Belsum Basics.

They want to reopen the chemical plant and go to great lengths to prove to the citizens that it will be fine.

Duke, the founder of the chemical plant has his son, Nathan move into the old library with his wife and son, River (which is an ironic name since the river in Bourne is polluted).

Belsum Basics wants to give the town a future, give people jobs, make Bourne great again.

One Two Three is a classic storyline of a small town being ravaged by a big company, albeit in this case for a second time.

As with the title, the chapters are One, Two and Three, in that order, for the entire story.

This gives the reader a wonderful perspective of each of the triplets; what their thinking, feeling and experiencing.

They are smart girls and have each other’s backs and look after their mother.

They should be enjoying their teenage years but there is so much at stake.

The author points out in the preface of the book that Bourne is a place of fiction.

But the author also informs us, somewhat ominously, that “the crisis its citizens face” is a story of people from all over the country and the world.

It is, ultimately, a wonderful story about some very likeable people and, as Mirabel puts it: