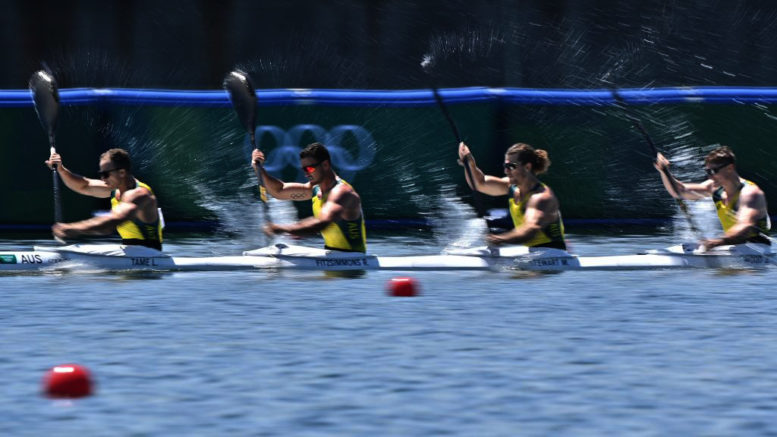 Lachlan Tame and Riley Fitzsimmons are two more Central Coast athletes to have competed together at Tokyo 2020, reaching the final race in the Kayak Fours 500 metre race.

Over Friday and Saturday, August 6-7, the pair from Avoca Beach Surf Life Saving Club began their Tokyo partnership in the front two seats, with Murray Stewart and Jordan Wood following up behind.

In their heat race, the team ended up posting their best result of the Games with a Semi Final qualifying time of 1:22.662.

From there, a run time of 1:24.868 ensured the Aussies would have a chance in the final, where a time equal to that of their heat would have given them a bronze medal.

Although finishing the final in sixth place, the result was an improvement from Fitzsimmons’ run in the Kayak Doubles 1000 metre race, where he earned a fifth-place finish in the B grade final race.