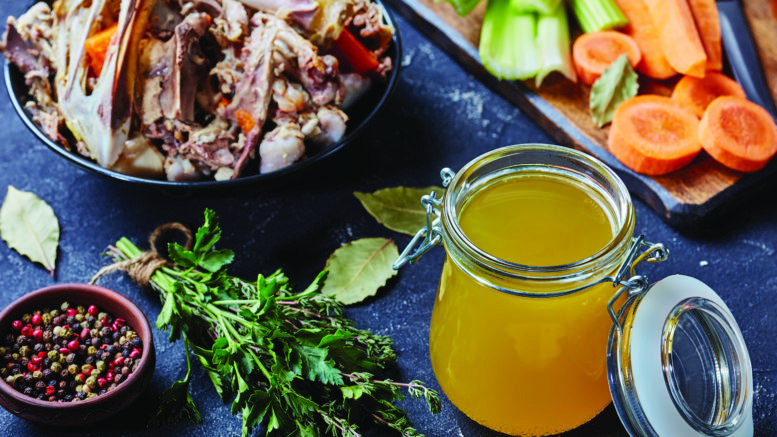 This is the third part in our six-week series on the counterproductive stories we tell ourselves in the kitchen – those hurdles that mess with our mojo and prevent us from enjoying the process of cooking.

This week we’re honing-in on another popular track that often plays in our minds. Some version of ‘healthy eating is expensive’, ‘we can’t afford organic / insert label here’.

Now there’s no denying that for a significant chunk of the population who are genuinely struggling to make ends meet – of course, there is truth to this story. Unfortunately, the system is rigged so that the ingredients in most junk foods are subsidised, making ‘real food’ (fresh produce and animal foods) appear more expensive than they would, otherwise. And of course, when you’re living hand to mouth, it’s difficult to argue that the cheapest food isn’t the best choice.

However, collectively, our spending on food – proportional to our income – has actually declined dramatically since the sixties. Our great grandparents spent roughly a third of their income on food and received less food for their money, to boot.

Granted, it might be hard to swallow when you glance over the price of organic blueberries or avocados just outside of season!

Now, one of the best revelations to come out of my many years of determined investigation into traditional foods and farming methods, is that a deeply nourishing, nutrient dense diet can be achieved on a very tight budget. One of my greatest passions is demonstrating to parents that they can dramatically increase the levels of nutrients in their family’s diet whilst simultaneously reducing their food bill. Often all it takes is a few tweaks the way they shop and cook.

However, before I get into a few of my tips on this, it’s important to question your beliefs around the cost of food and whether there’s potential for a shift in mindset?

Ask yourself, is good quality food really ‘too’ expensive? Or are we simply valuing it less? I’ve come to realise that good food should be expensive, because it has inherent value and it takes a lot of work to produce.

The second thing to ponder in this vein is where you’re actually spending your food dollars. Has good quality, nourishing food dropped down the priority list in favour of convenience or luxury food items?

For many people I encounter, the switch to pasture-raised chicken (chickens who exist outside, exercising all day and eating their intended diet of grass, insects and a small portion of grain) seems like a big leap, pricewise. Of course, due to the economies of scale, it’s cheaper to produce a factory farmed bird, raised crammed with a few thousand others, in a shed.

I’d argue that dollar for dollar, you’re likely getting the same amount of nutrition when we compare them, but that’s me getting distracted from the point I was aiming to make!

When people who are transitioning to a more nutrient dense diet baulk at the price of food that is produced to a higher standard, they’re often still spending on a daily coffee, takeaway meals or other items that our grandparents would have considered a luxury.

All this is fine, of course! It’s just worth acknowledging that a shift in perspective could take place – often we point the finger at cost, when it’s really a case of priorities.

Nutrient density on a shoestring budget

So, you want to eat better quality food, but think you can’t justify the cost. It’s possible!

What I’ve found is that if people can learn to harness the skills and know-how of yesteryear, it’s easy to capitalise on the current climate of food abundance that we often take for granted. Knowing how to shop is probably the biggest factor. Here are some of my best tips:

We’ve talked at length on the column about seasonal eating and that committing to this practice will slash your food bill overnight. Seasonal ingredients are local ingredients – no shipping costs and extra nutrition to boot, simply due to freshness.

Another kitchen skill that can be easily learnt – making over unsexy produce and learning to use every part. Why toss away carrot tops and beet greens when you could make a delicious carrot top pesto and save the dollars you would have spent on basil?

We’ve been programmed to think that steak, breast fillet and chops are the prime cuts due to their ease of cooking. You might be surprised to learn that in fact, the cuts that we prize above all others were the ones traditional cultures often fed to their dogs due to their inferior nutrition!

As unfashionable as they have been in recent history, organ meats were preferred by these cultures – revered, in fact – due to their unrivalled nutrient density (10-100 times the nutrition of muscle meat)!

From now on, when you think ‘superfoods’, I want you to forget about heavily marketed, pre-packaged exotic fruits and powders and remember that a single serving of liver will usually offer 50-100% of your daily requirement of B vitamins and large spectrum of other nutrients, at a fraction of the cost. In fact, offal is usually a half or one third of the price of the more popular cuts of meat, as are other bony cuts like necks and short ribs.

If you master the art of slow-cooking, you can buck the trend and scoop up the cheapest bony cuts on offer, which, like organ meats, are far more nutrient dense (and therefore flavourful) than the prime cuts.

This is my other sneaky tip on this front. Make use of animal bones! You can buy grass-fed pork and lamb bones from local online butcher Ethical Farmers for just $1.50 per kilo.

Broth is what we call a ‘protein-sparer’. It provides amino acids which are missing from meat, eggs and seafood – helping to ‘complete’ the protein and make it go further, from a nutritional perspective. This is the wisdom of peasant food – a few morsels of meat in a big pot of broth and vegetables is far more nourishing than our typical steak and three veg meal and brings the meal cost down significantly.

Our family eats the highest quality animal protein on the market (which would be considered expensive, to most people) and I regularly manage to keep our mealtime protein cost to $5 for two adults and two children. Sometimes even as little as $2, simply by adhering to the above principles.

Let me give you an example. My local farmers, Full Circle Farm sell ‘broth’ birds. These are older egg-laying birds that have finished their life on the farm. They’re often half or one third of the price of their regular chicken, although a little bit tougher because they’re much older (which means they’re far more nutrient dense and flavourful, just as an aside).

I toss a whole chicken in a pot, top with water and simmer for a few hours, which creates a beautifully flavoured broth. I strain the broth into 5-6 jars and after removing the meat from the carcass and giving it a quick dice, it goes into the jars as well. They’re stored in the freezer for a convenient protein addition to vegetable soups and more.

When I make a simple pumpkin and chicken soup, I’ve managed to feed my whole family a nourishing meal for less than a cup of coffee.

So, I promise you, you can afford to eat the best quality food. You just need to change your mindset and learn a few little tricks along the way.

Remember, learning and integrating new habits is only an effort until it’s routine.