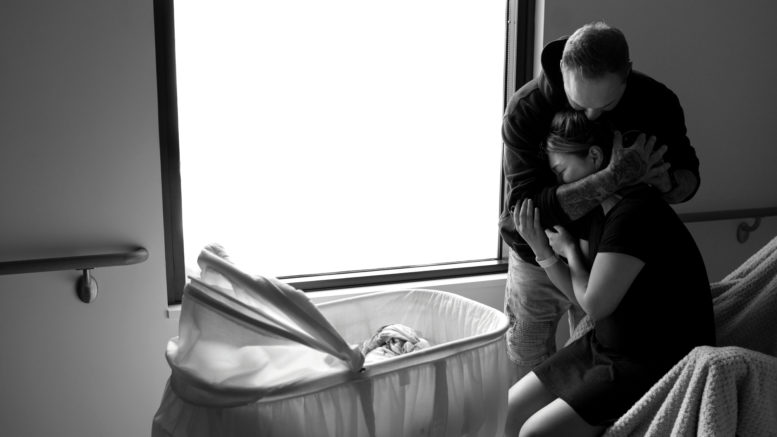 Central Coast couple Abbie Sydenham and Michael Knox are raising money in memory of their daughter Frankie Marjorie Knox, for Stillbirth Foundation Australia with the aim to significantly reduce the incidence and impact of stillbirth through research, education, and advocacy.

The couple will be hosting their fundraiser at Avoca Beach Bowling Club from 12pm on October 23.

The pair are hosting the fundraiser as they have experienced first-hand the impacts of stillbirth with the loss of their daughter Frankie, who sadly passed away on January 23 and was born sleeping into this world on January 26 at 36 weeks’ gestation.

Sydenham said that the day is an opportunity to raise awareness around stillbirth in the community, and a way to break down the stigma attached to parents of stillborn children.

“We noticed that there was a stigma surrounding stillbirth and that people don’t know how to or feel comfortable to broach the conversation.”

“We’re trying to encourage people who have experienced stillbirth, that it’s okay to speak up and share your story.

“The more mainstream it is, the easier it is to talk about.

For the fundraiser, the day will start out at the Dam Hotel at 9am for registration and depart at 10am for a motorcycle ride to Avoca Beach Bowling Club where there will be barefoot bowls, raffles, silent auctions, number boards as well as face painting, live music, a cocktail of the day, Frankie’s Fruit Tingle, and a speaker from Stillbirth Foundation Australia.

All the proceeds from this event will be donated to Stillbirth Foundation Australia.

“It’s a family fun day, so far 168 people have marked ‘going’ or ‘interested’ on the Facebook event I created, and I have confirmation from Coast Harley’s and Veterans MC that they are on board with this event and will spread the word to their riders.

“Any amount we raise will be fantastic, but I’m hoping to raise between 15-20k.

“I was inspired by another fundraiser held in Gosford not too long ago who had a successful outcome.

“We’re currently looking for sponsors to help cover the costs for the day as well as prize donations that we can include in our raffles/silent auctions.

“If anyone is interested in supporting the event, they can get in touch with me through socials such as the event page on Facebook “Frankie’s Ride” and send me a direct message, or they can contact me through email at abbiesydenham@gmail.com” Sydenham said.

Donations can be made directly to Stillbirth Foundation Australia through our event page with them at https://fundraise-for stillbirth-foundation-australia.raisely.com/abbie-sydenham

Stillbirth Foundation Australia have indicated that there were 4,263 stillbirths recorded in Australia in 2015 and 2016.

These statistics mean that one in every 135 pregnancies result in stillbirth, with 60 per cent of stillbirths occurring between 20-26 weeks.

There is still a lot unknown about the causes of stillbirth and around 20 per cent of stillbirths remain unexplained.

A lack of adequate research and investigation into stillbirths around the country may also result in possible missed diagnoses and may hinder prevention messaging.