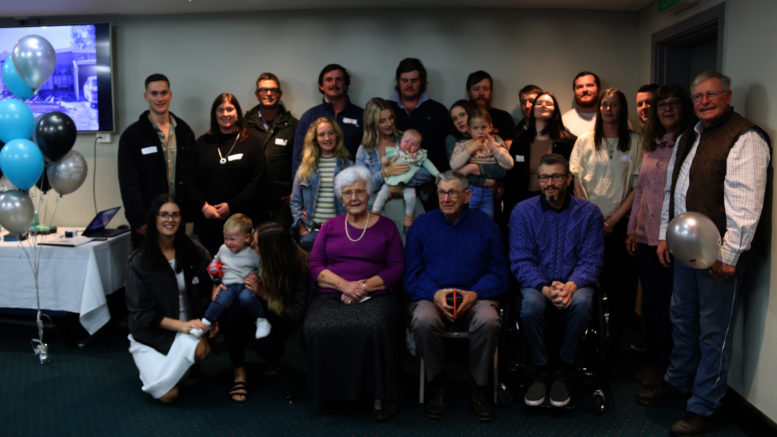 It was a family affair for Daleys Point local, Albert Morris, who recently celebrated his 90th Birthday surrounded by five generations of the Morris clan.

The family met up at Ourimbah RSL on Saturday, June 19 to help celebrate ‘Al’s’ special day.

“Although we had some late cancellations because of feared COVID restrictions, Dad said it was the best day he had had for a long time,” Paterson said.

“All the generations mixed well, lots of catch ups.”

The couple moved to Daleys Point in 1985 after sailing by the retirement village one weekend and driving back the next weekend to pay a deposit on a property.

Paterson said the water has always played a prominent part of her father’s life, building a boat in his backyard in 1967.

She said the family used the boat on weekends at Lake Macquarie and annual holidays at Myall Lakes until 1973.

Al then joined the Royal Volunteer Coastal Patrol RVCP (now Marine Rescue NSW) in 1989 after being rescued when a blade broke off their boat’s propeller.

In 1996, Al was named the Division Commander of Central Coast RVCP – a position he held for two years.

Paterson said her father was honoured with a number of awards.

“He was awarded the National Medal in 2005 and in 2009 was presented an OC award,” Patterson said.

“In 2016, he was awarded Marine Rescue’s highest award of Life Membership, before retiring last year from his position as Marine Rescue NSW’s Statistics Officer – a role he had held since 2006.”

More recently, Al focused closer to home, driving the retirement village’s bus until he was 88, and was involved with the village’s social committee.