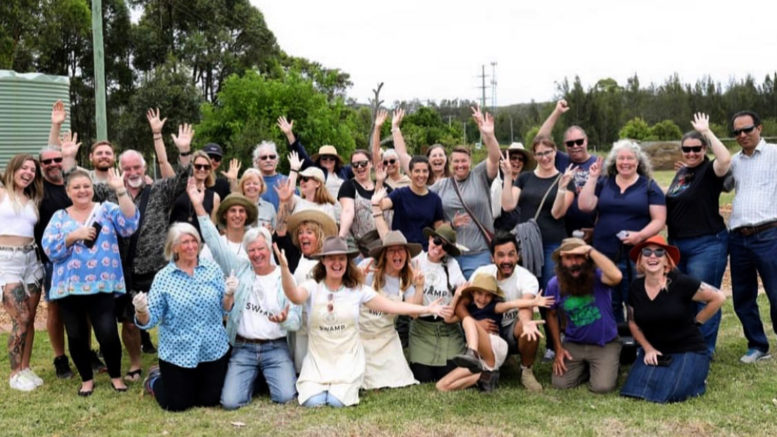 Cassie Harris said that SWAMP was a community project dedicated to giving back to the community and supporting it in many ways.

“I’ve known about the Coast Shelter sleepout for years but I’ve never participated, and this year I wanted to get the team involved to give back to the community,” she said.

“There’s about eight of us participating, but we will be advertising it on our socials to try and get as many of our SWAMPies involved as we can,” Harris said.

Everyone over 18 is encouraged to register and ask friends, colleagues and family to sponsor them.

To be eligible to join the sleepout at Central Coast Stadium, teams will need to raise at least $1,000, something that Harris is hopeful the SWAMP team can achieve.

“We’re hoping to get a few thousand, we have a very generous community of SWAMPies,” she said.

“For the sleepers who raise more than $1,000 it will be a cold night and uncomfortable, but it will give participants a taste of what it is like to be homeless.”

Parliamentary Secretary for the Central Coast, Adam Crouch, said he would be joining in on August 6 for the sleepout.

“I’ll be donning my sleeping bag that night to sleep rough to help raise funds for this fantastic cause.

“Let’s be really clear, everyone could be only one pay cheque away from finding themselves in that situation.

“So I encourage all of our businesses in our fantastic community to give generously to this amazing event,” Crouch said.

Member for Gosford, Liesl Tesch, also showed her support for the event.