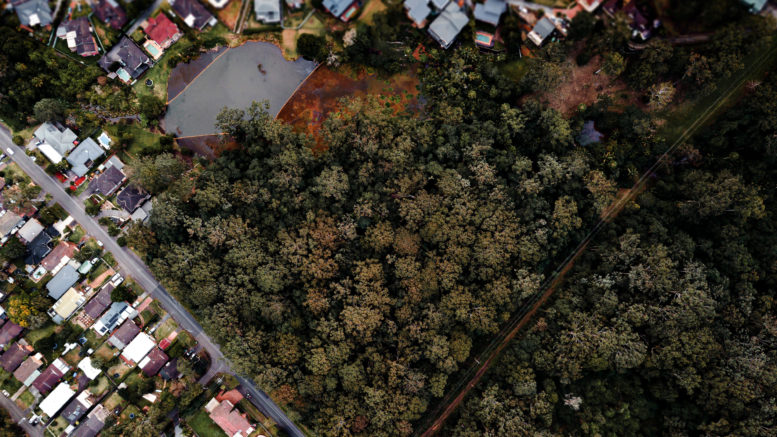 The Followers of Springfield Wetland (FSW) group has applauded a decision by the Central Coast Local Planning Panel to refuse a four-lot subdivision proposed for 35-45 Clarence Rd, Springfield.

The Panel decided at its meeting on June 10 to endorse a Central Coast Council recommendation for refusal of the project.

Community members strongly supported retention of the forested land, which incorporates a portion of wetland, when it came before the Panel.

“This parcel of land was earmarked for inclusion in the Coastal Open Space System – COSS – in the 1980s and confirmed as sought for COSS again in 2010; this was recognised by the LPP in its decision,” FSW spokesperson, Glenys Ray, said.

“Mr Shane McKinnon was advised prior to purchasing this 4ha lot in 2015 that Gosford Council wanted to purchase the land for COSS but the acquisition price requested for both lots was $900,000 and that cost was not supported by the COSS Task Group/Committee.

“The land was subsequently advertised at $750,000 and Mr McKinnon purchased it despite being advised by Council that the relevant environmental issues included: significant vegetation; Endangered Ecological Community (EEC) of rainforest; flooding (onsite near creek and on the only access road, the latter even in minor events); bushfire risk; landslip risk; creek/riparian land value; and wildlife corridor value.”

Five speakers from the community spoke in support of refusal.

The Panel unanimously voted to refuse the proposal, saying there were non-compliance issues, the proposal would adversely impact on the biodiversity of the site and it was not in the public interest.

The report from Central Coast Council to the LPP highlighted five issues not addressed in the Supplementary Report, including 10 separate factors within the last point,” Ray said.

“Some of the most significant issues included insufficient information in relation to RFS turning heads, inaccurate contours, need for clearing in the rainforest buffer zone, anomalies between tagged tree locations and report submitted.

“The community has been fighting for rehabilitation of the wetland, which was consumed by aquatic weeds dumped from an aquarium in around 2016.”

Half of the wetland is owned by Council – the other half by McKinnon.

The Council half was successfully rehabilitated but is suffering ongoing contamination from the private half, which is only held back by a boom, Ray said.

“This section is totally infested with weeds including Salvinia Molesta, a weed of national significance,” she said.

“Followers of Springfield Pond Wetland are hopeful that this is the end of the matter and that the environment on this property can be available to wildlife into the future through COSS.”