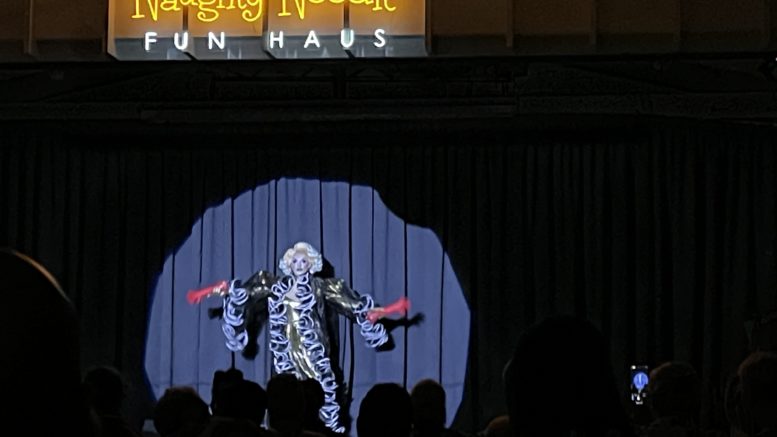 It was a night full of colour, drag, glamour and glitz as six performers took to the Ettalong stage in a flurry of dance, parody, song, and illusion.

‘Hostess with the moistest’, Glitta Supernova, emceed the event before lighting up the stage herself with a performance of James Bond’s ‘Diamonds are Forever’.

The Naughty Noodle’s creative director launched the two-hour show, speaking about the importance of remembering ‘Stonewall’ – the 1969 riots in New York which served as a catalyst for the gay rights movement in the United States, and around the world.

“This is not only a safe space, but a brave space … until all of us are free, no one is free,” Supernova said.

The bold line up of Kings, Queens and in-Betweens was met with thunderous applause at the end of the night.

The Naughty Noodle will now look towards their next event on June 26 with Amber Martin in Bathhouse Bette.

Not one cent used to recruit a GP, says O’Neill