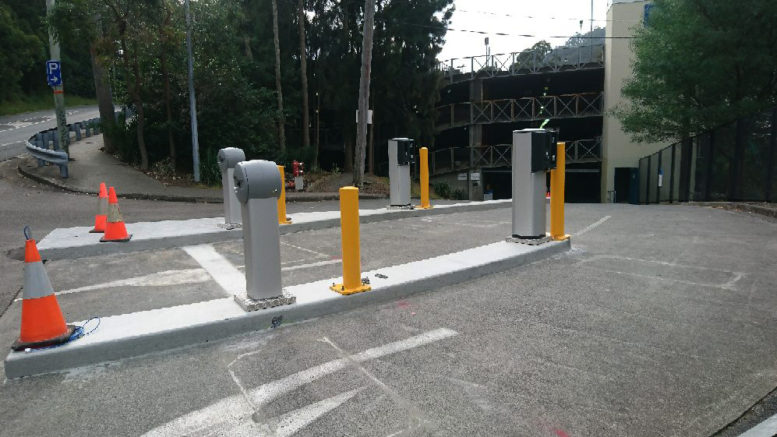 The commuter car park on Showground Road in Gosford will soon become a Park&Ride car park, an NSW government initiative to free up more spaces for public transport customers.

The Park&Ride system works by the driver paying a fee on entering the car park using an opal card, or bank card, which then covers the cost of public transport.

The system is set to be officially opened in the coming weeks as construction of the boom gats nears completion.

Transport NSW states the same Opal card must be used to tap out of the car park within 18 hours of entering.

President of the Central Coast Commuters Association, Eddie Ellis, welcomes the idea saying the system will ensure there is enough room for commuters.

“I think generally it will be a good thing for the commuters because obviously there are some people who are parking in the car park who are not commuters,” Ellis said.

The lack of car parks in Gosford has been an increasing issue with the Kibbleplex Town Centre Car Park becoming paid and spaces in the CBD becoming limited.

Ellis said the Central Coast Commuters Association is still pushing for the commuter car park to increase in levels.

“What I would like to see is across the road there is a building about eight or nine stories – at the moment, the commuter car park is a street level,” Ellis said.

“I would like reinforcing to be put in so the building can be put in the maximum of eight or nine levels and perhaps just put in one level now and the others in the future as they are needed.

He said the NSW Government did not consult with the association about the Park&Ride system, but luckily, they were happy about the decision.