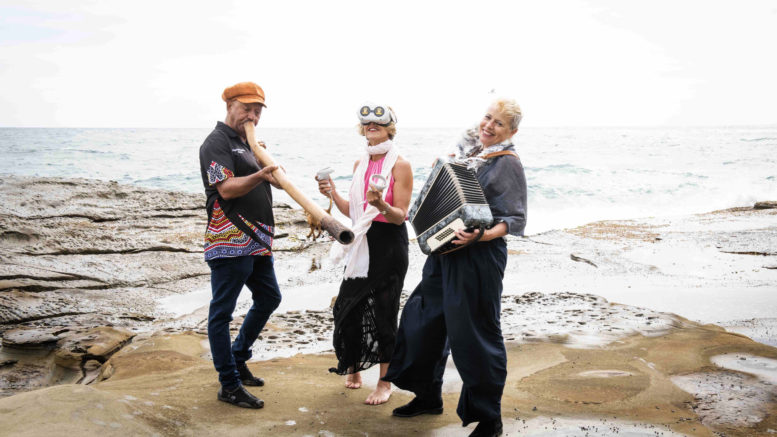 The didgeridoo music of Aboriginal Elder, Kevin Gavi Duncan, is featured on a world first meditation app called AtOne, released during Mindful May and just in time for World Meditation Day on Friday, May 21.

Duncan, of the Gomeroi, Mandandanji Awaba people who are based in the Charmhaven and Wyong area, is a cultural, educational and tourism officer for the Darkinjung Local Aboriginal Land Council.

He has contributed didgeridoo (Yidaki) tracks for the app’s original music, including Aboriginal ceremonial tracks with whales, along with two other tracks including Storm Bird.

Australian health and wellness expert, Edwina Griffin, teamed up with Duncan and other musicians including Yantra de Vilder and Joshua Tree, to create original music for the AtOne app.

Griffin said this was a mediation app like no other and, with a multi-sensory approach using a virtual reality headset, the user could choose to be situated in real and virtual scenes, including forests, space, the beach, space and sacred geometry shapes.

“It’s the first time this sort of music will be on a meditation app and Solfeggio frequencies have been referenced in ancient history, including with Gregorian Monks and Indian Sanskrit chants.

“Cymatics, observing the effects of sounds and frequency on matter, demonstrate these potential effects visually.

“Interestingly there is technology out there that can record the frequencies of plants, picking up the frequency of the vibration of the plant and then converting that to sound, which is wild,” Griffin said.

“Two of the tracks are the music of the geranium plant and cannabis plant.

“It’s a unique and beautiful sound.”

Guided meditations range from two minutes to 25 minutes, with an average time of 10 minutes, and dashboards show changes in emotional state, reporting on heart rate and heart rate variability measurements when using the Rhythm Heart Rate Band for biofeedback results.