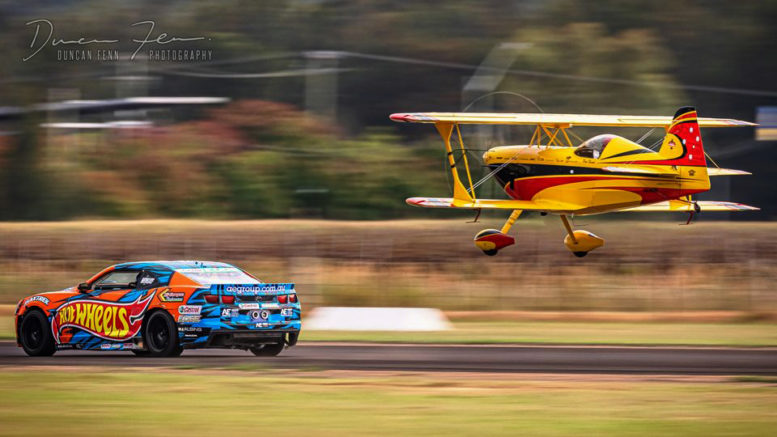 Decades after gaining his private pilot’s licence at Central Coast Airport, Paul Bennet is returning on the weekend of May 22 and 23 to put on a show of thrilling aerobatics.

It’s the first time in 30 years that an air show has been held in the region and it has attracted attention from all over the country.

“We’re expecting between 8,000 to 12,000 people each day, so that’s an enormous opportunity for local businesses,” said Chairman of Your Central Coast Airport Association, John Codrington.

Central Coast Aero Club Manager, Andrew Smith, said the air show was “huge” for the region, very exciting and would show the community what the airport was capable of.

“The numbers and types of the aircraft at the show don’t happen very often in the one place in Australia and we’re very lucky.

“Apart from what’s happening in the sky, there’ll also be plenty to see on the ground.

“There will be displays of the aerobatic planes as part of the Paul Bennet air show, we are bringing in World War II Warbird aircraft, and aircraft from the Temora Aircraft Museum, such as World War II Spitfires, so it’s going to be an enormously interesting day,” Smith said.

Extreme motorsport performer, Matt Mingay, and the Stuntz Inc Hot Wheels Stunt Team will be at the show, and freestyle motocross daredevil, Jacko Strong and his crew will also be one of the highlights when he does a flip over a low-flying high-performance aerobatic plane.

Another of the exhibitors will be the paragliders and hang-gliders from Central Coast Sky Surfers (CCSS), who people might already have seen in action above Crackneck Lookout, Forresters Beach headland or above the sand dunes of Shelly Beach.

“While many people might think we are a small group of ‘crazies’ who jump off cliffs, that is far from reality,” said CCSS Vice-President, Guy McKanna.

“There is a lot of training that you have to go through to become an accredited pilot, you have to be a regional club member, which is part of a state organisation, as well as belonging to the national Sports Aviation Federation of Australia (SAFA).

“It is highly regulated, and safety is paramount, and we have a local teaching school on the Coast with Cloudbase Paragliding.”

Kristen Rickard, who has been a pilot for seven years, is just one of the many women who are joining the sport and some of them will be at the show to discuss their sport.

“I don’t consider myself a thrill seeker as my friends think, but rather I enjoy the liberating feeling of being off the ground and flying like a bird.

“The local sea eagles also like to soar with us,” she said.

Central Coast Airport does not have any on-site parking and several alternative transport options have been arranged, including off-site parking, shuttle buses and public transport.

NSW Government accused of “political engineering” of issues at the Airport

Airport costs could be better spent