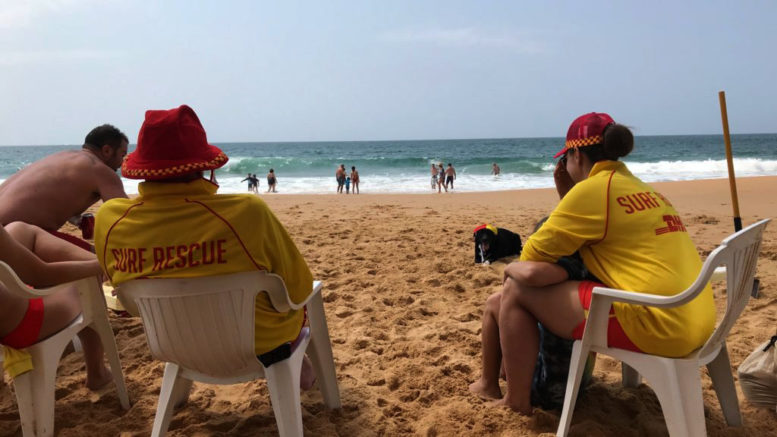 Killcare Surf Life Saving Club is reminding community members of the importance of surf safety, respecting ocean conditions, and swimming in between the flags.

The 2020 Surf Life Saving NSW Coastal Safety Report was recently released with some significant statistics around drowning and general knowledge of rips and currents.

President of Killcare Surf Life Saving Club, Craig Sheppard, said the club’s performance compared to the statistics was very positive, with their focus being on preventative measures.

“So, our lifesavers are normally watching for people who look like they could be heading into strife; we intervene and have a chat with them about why they shouldn’t be swimming in a certain spot or why they shouldn’t continue to do what they are doing,” Sheppard said.

“As a result, we have had a really low rescue count this summer, and we haven’t lost anybody at Killcare Beach or any Central Coast beach for a number of years.

“That’s always our goal, we have a ton of KPI’s (Key Performance Indicators) that we use to measure our performance, but the most important thing is, of course, that everyone who comes to Killcare Beach goes home again, and, on that front, we are nailing it.”

Sheppard said the statistics reflected the great work and education that surf lifesavers implement when spreading awareness on beach safety.

“When it comes to rips, the message seems to be getting through; 94 per cent of respondents say that raising your arm to attract attention is a good thing, along with 89 per cent saying relax and stay calm, and 55 per cent saying swim parallel to the shore,” Sheppard said.

“This is pleasing, and it indicates all the work both the surf club and Surf Life Saving Central Coast have been implementing through educational programs.

“On the other hand, there is clearly still some work to do; there was a significant 13 per cent of people who said they would try and swim against the rip, which is just a recipe for disaster— you will never out-pace a rip.”

The report detailed that 62 per cent of respondents were not confident in spotting a rip, and 38 per cent were somewhat or very confident; Sheppard said from his experience a fair amount of these people would be unfortunately incorrect.

Drownings compared to last year had a 49 person increase with 88 per cent being male and 12 per cent female.

Rock fishing can become dangerous in rough high tides and unpredictable conditions, with 22 per cent of drownings occurring due to rock fishing accidents.

“Something as basic as wearing a PFD (Personal Floatation Device) when they are on the rocks is so essential; it’s precautions like that which can save your life, it just gives you that extra time to be rescued,” he said.

Another significant statistic was 35 per cent of drownings occurred at least 5km away from any surf life-saving service.

Sheppard said it was critical to swim on patrolled beaches and between flags, especially if the swimmer wasn’t an experienced beachgoer.

“There’s a significant percentage of people, especially over the holiday periods, who are unfamiliar with the beach; even if you came to Killcare last summer, everything is completely different, as it will be again next year,” Sheppard said.

“The beach is ever-changing, so it’s imperative to stay on patrolled beaches and swim between the flags.

“If you’re unfamiliar with the environment, talk to the lifeguards; they are happy to tell you what’s going on and how to stay safe on the day.”

Sheppard reminds community members that the most important thing to remember is not to panic if they ever find themselves caught in a rip.

“Rips and currents generally stop where the waves are breaking, so you won’t get carried to New Zealand,” Sheppard said.

“Stay calm, put your arm up for assistance, float as best as you can, and do not fight the rip.

“If you have some energy, swim parallel to the shore, and you will soon be out of the rip’s clutches, but otherwise, just put your arm up, stay calm, and wait for assistance.”