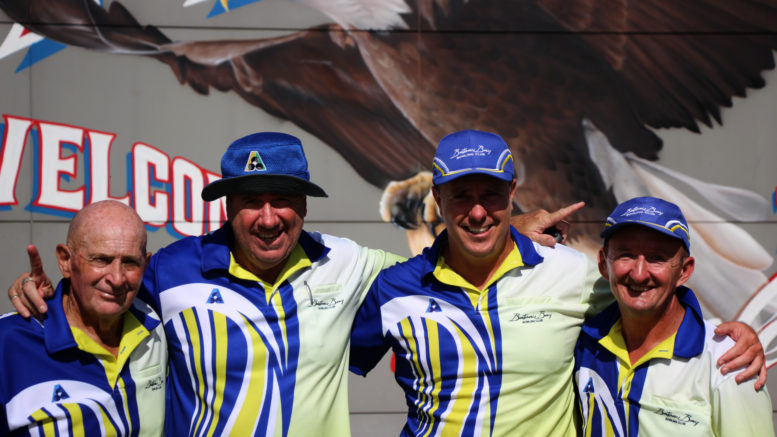 The 2021 Central Coast Fours Bowls Championships were played in one big day of bowls at Ettalong Memorial Bowls Club on Sunday, February 7, with Bateau Bay Bowling Club claiming two out of three finals.

With the semi-finals of the Presidents Reserve being played in the morning, the grand final, along with that of the Seniors and Opens, then proceeded at 1pm.

After 18 ends, the score showed the Terrigal side to have a clear victory with 27 – 5, despite the closeness of the game not being reflected on the board.

The formerly Terrigal team, led by Shoebridge, went into the match as the reigning champions.

After losing their team to Bateau Bay, Terrigal managed to put together a new team with the will and wile to contest for the top, but on this day it was the new Bateau Bay Club members who took out gold after 18 ends, with a score of 28-11.

In the Opens, Bateau Bay’s Peter McCarten, Jeff Watson, Chayne Edwards and Rodney Rewko were up against Ettalong’s Glen Daley, Glen Simmington, Greg Shirley and Lee Patterson, who sought to win gold for the host club.

However, it was the Bateau Bay side which took out the win, coming from behind late in the game to overcome Ettalong’s early lead.

As a result, the three winning teams have progressed on to the state finals to be played later this year.

Tree poisoning an ongoing issue for many years