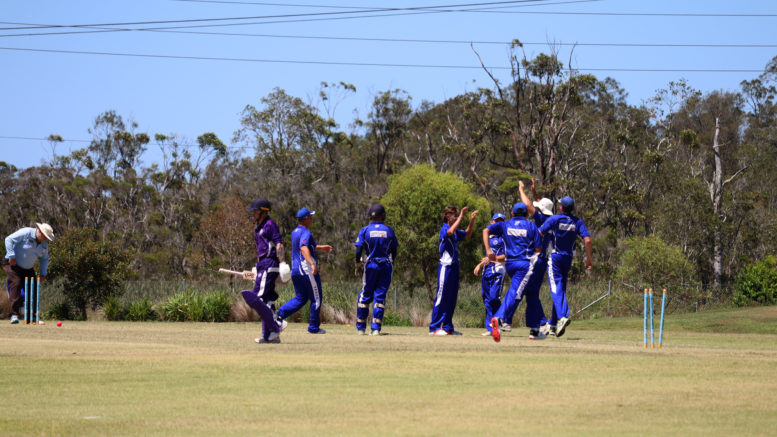 Lachlan Cork walking after being dismissed

The 2020/2021 Under 21 Glenn Rowlands Shield has come to its conclusion, with The Entrance defeating Southern Spirit in a T20 contest that came down to the last ball.

Taking to the bat first, The Entrance set a score of 109 runs and Southern Spirit later reached 103.

Southern Spirit found few opportunities to outmanoeuvre a steady performance by The Entrance with the bat.

An early 36 run partnership between Callum Dunkerley and Broc Hardy lasted for five overs before Dunkerley was caught by Lachlan Bull off Lachlan Cork.

Southern Spirit got off to a slow start with Bull being bowled by Hardy in the second over after only getting a single run.

A 35 run partnership between Lachlan Bayliss and Cork kept Spirit in the hunt.

However, once Bayliss was caught by Dylan Bennet off Regan Stone, The Entrance began to accumulate wickets.

In the last three overs, a partnership between Ethan Jones and Toby Pymble threatened to snatch the game for Spirit, with 13 runs needed in the last over.

But it was not to be.

With a six needed off the last ball to even the scores and send the game into a super over, Pymble lobbed it into the safe hands of Hardy, bringing the game to an end.

The two best bowlers of the game were The Entrance’s Levi Bailey and Bennet, both of whom took 3 wickets off their four overs.