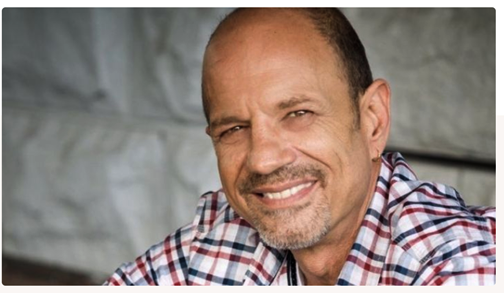 After receiving a devastating cancer diagnosis only five years after a kidney transplant, Central Coast radio presenter, Bob Peters, is asking fellow Coasties to help him reach his dream of travelling around Australia in a motorhome.

A GoFundMe campaign created by his daughter, Bianca Pizzingrilli, aims to raise $100,000 which will go towards the motorhome and any extra expenses.

Peters is inspiringly positive and said he has always been able to see the lighter side of life.

“Black humour is just fantastic; it has saved me,” Peters said.

“Generally, the humour comes out when talking to people; I’ll crack a joke around my kids, and they will look at me quite shocked, and I will say it is funny, you can laugh.

“Humour is the primal go-to for situations like this.

“Whenever I am in trouble, I just make fun out of it.”

But sadly, the last 15 years have been more challenging than humorous for Peters and his family.

When Peters was 45, he fell ill with Polycystic Kidneys disease, requiring him to be on dialysis every second day for 10 years, until he received a kidney transplant.

For the next five years, his life went on as normal as he went back onto Triple M radio, pumping out voice overs, riding his Harley and slowly rebuilding his life.

However, a few weeks ago, Peters received the news that he was diagnosed with terminal Renal Cell Cancer with metastasis in the bones.

He said it all started when he went to the doctor for back pain.

“The story starts with me just thinking I had back pain for over 12 months from just overdoing it in the gym,” Peters said.

“I got a new mattress, I went to three different physios – it would feel better for two to three days, but then the pain would come back.

“So, when they did the test around my spine, I could not feel it because I was all numb and he said it is a nerve problem, so I had a CT scan, and that’s when we found out.

“That’s when I found out that cancer doesn’t give you pain.

Before Peters could start treatment, he was required to have a back operation to ensure his spine stays in place during radiation therapy.

“What they thought is that the T12 vertebrates would not stand the pressure from the radiation, so they operated on me and put in two carbon fibre rods in kind of like scaffolding, around the affected vertebrate,” he said.

Peters dream to travel Australia comes from his love for motorbikes and being out on the wide-open roads.

“During those five years after my transplant, I was living the high life, five years of getting on my motorbike, riding and not feeling things,” he said.

“After dialysis, I would feel tired, and I would not want to go anywhere, but having the new kidney just gave me a new lease of life.

“I would jump on the Harley, go for a ride, catch up with mates, and it was just fantastic.

“It was also a coping mechanism, being out on the road on the bike, you feel nothing; it is magic.

“Whereas when I am at home is when my thoughts can go black.

The cost of paying for treatment, medical bills, and living expenses will continue to become harder, which is why he is so grateful to his daughter for organising the campaign.

“Bianca just decided to do it; she is such an angel,” he said.

“I was kind of embarrassed at the very start.

“People may think you are in radio you have lots of money; that is not the case.

“I went through a divorce 15 years ago, I paid for all four kids through all their private schooling by myself, all while I was on dialysis full time.

“I never got any monetary assistance from anyone, I just did it all myself.”

The campaign has almost reached $20,000, with more than 160 people already donating.

“The idea to travel Australia is something that came to me a couple of years after I got the kidney,” Peters said.

“I wanted actually to ride around Australia, but I cut it back to a campervan or a motorhome with a trailer on the back with a bike.

“It is amazing for me to think that I have affected so many people.

People can donate by visiting www.gofundme.com/f/bobs-fight-against-renal-cell-cancer.