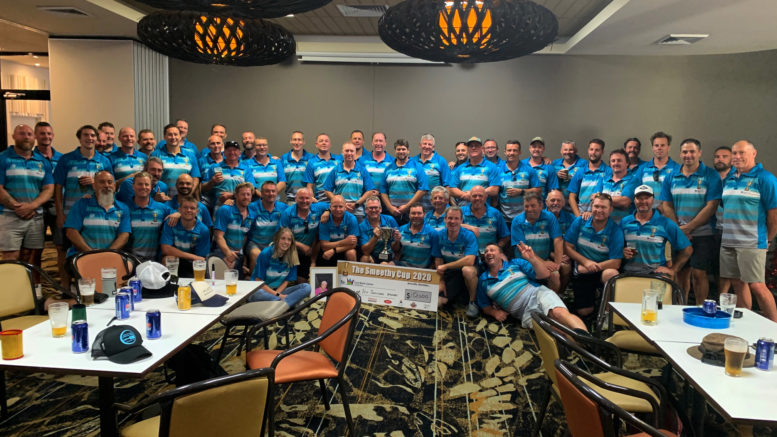 Nathan Walker and his friends have raised $10,000 for the Cure Brain Cancer Foundation, after holding their second Smeethy Cup in honour of a friend who has passed away.

The all-day golf and bowls event was held at the Breakers Country Club at Wamberal on November 27 and included 72 people.

The first Smeethy Cup, held in May, 2019, included David Smeeth and aimed at raising money for his family.

David Smeeth lost his fight with brain cancer in August last year and the friends decided to make the Smeethy Cup an annual event.

The 2020 event was initially meant to be in May but was delayed due to COVID-19.

“I decided with a couple of mates that we should hold something every year,” Walker said.

“It is a great way to see a lot of our mates and come together for a good cause.

“This was the first year we have partnered with Cure Brain Cancer.”

The day consisted of nine holes of golf, followed by a round of bowls, with the lowest scoring team winning.

“David’s daughter Ella drove the beer cart around to keep participants refreshed and a presentation was organised for the end of the day,” Walker said.

“People who were not involved because of numbers are already excited to join next year.”

Walker said it was extremely popular and sold out in only a few weeks.

“It is a great way for us to put everything down, have a bit of a laugh, and get together,” Walker said.