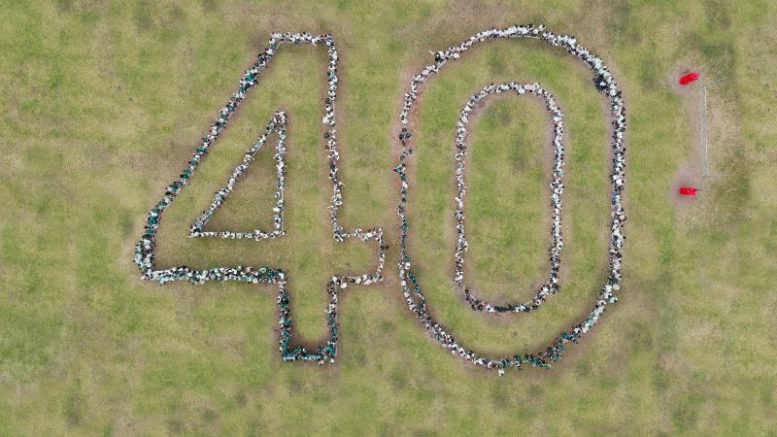 Officially opened on October 13, 1980, the school has been building up towards its grand anniversary celebration since September.

Festivities commenced on September 18 with a special anniversary photo were students came together to spell out a giant number 40 that was snapped via drone.

With pandemic regulations still in effect on the actual anniversary date, students and staff celebrated the anniversary on December 11 with a commemorative assembly and an 80’s themed mufti day, which Principal, Peter Graham, said was a throwback to the school’s opening.

“The day of the opening actually coincided with the 100th centenary of Education in NSW, so then Education Minister, Paul Landa, actually arrived at the ceremony in a vintage car with a passenger and driver in period costumes,” Graham said.

Due to the pandemic, parents and members of the wider community were unable to attend the celebration, but Graham said the school was privileged to welcome back all its past Principals and a small contingent of other invited guests to represent the community.

With the celebration a perfect way to see out a tough year, Graham said Bateau Bay PS was looking to the future.

“Throughout the 40 years, our students have achieved excellence and our teaching and support staff have continued to ensure that they are provided every opportunity for individual and collective success.

“From the classroom to the sporting field, our students have continued to shine.

“We look forward to the next 40 years where Bateau Bay Public School continues to go forward,” Graham said.

The recipe for a delicious 40th Anniversary