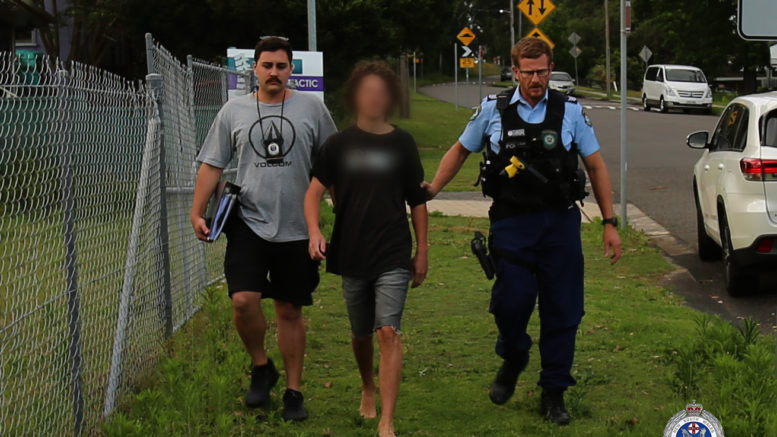 Three men and one woman have been charged following investigations into acts of vandalism at train stations across the Sydney metropolitan area and Central Coast.

In October 2020, officers attached to the North/Central Transport Action Group commenced an investigation, under Strike Force McCarten, into vandalism on the public transport network.

Police will also allege that the cost of the damage was approximately $74,000.

As a result of these investigations, search warrants were executed at Tuggerah and Umina Beach on Wednesday, November 18, where items connected to the alleged offences were seized.

Police also located a number of protected native reptiles (snakes and lizards) that were allegedly being kept without a valid license at the Tuggerah address.

A 26-year-old man was arrested in Tuggerah and taken to Wyong Police Station where he was charged with two counts of damage/destroy property, 12 counts of destroy/damage property in company, nine counts of face disguised with intent, three counts of enter running lines and three counts of deal with protected animal.

He was granted conditional bail to appear before Downing Centre Local Court on Wednesday, December 9.

The reptiles were transferred into the care of a valid license holder.

An 18-year-old woman was arrested in Umina Beach and taken to Gosford Police Station where she was charged with damage/destroy property and hinder discovery of evidence.

She was granted conditional bail to appear before Gosford Local Court on Thursday, January 1, 2021.

A 25-year-old man was arrested in Redfern and taken to Mascot Police Station where he was charged with one count of hinder discovery of evidence.

He was refused bail and appeared in Central Local Court where he was granted conditional bail to appear before Downing Centre Local Court on Tuesday, December 1.

A 20-year-old man was arrested at Newtown Police Station.

He was refused bail to appear before Newtown Local Court on Thursday, November 19.

North/Central Police Transport Commander, Acting Superintendent Cath Bradbury, said the arrests were due to the joint co-operation between police and Sydney Trains.

“Our officers work closely with Sydney Trains when it comes to targeting offences of this nature on the rail network.

Offenders involved in these types of incidents create significant safety risks to themselves and the public and the resulting damage to government property is costly to repair,” A/Supt Bradbury said.

Lighter side of theatre company politics