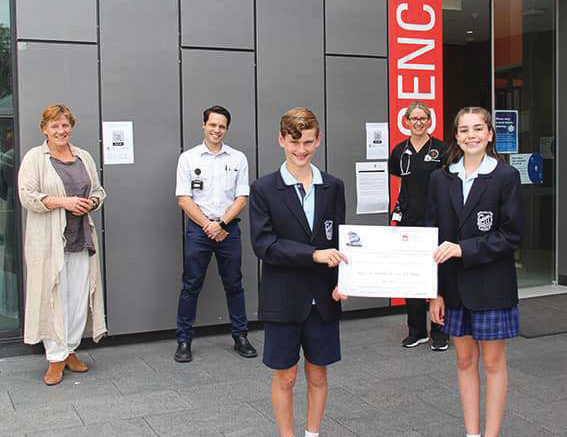 Gosford Hospital Emergency Department staff were given $550 to put towards a coffee or hot chocolate tab, thanks a fundraising day held by the students from Narara Public School.

The money was raised through the school’s Pyjama Day in October.

The school captains met some of the ED staff and received a tour of part of the hospital as they were shown how to use some of the lifesaving equipment.

The initiative was created to show hospital staff the school’s appreciation for their hard work and dedication.

On Pyjama Day, students wore pyjama’s long and short and games were played in the school’s most relaxed sports uniform yet.

The families who supported the event were thanked, and a special appreciation message was sent to the Leadership Team and Mr Ramm for their efforts in organising the initiative.

‘The Billy Seagulls’ to participate in Stride4Stroke