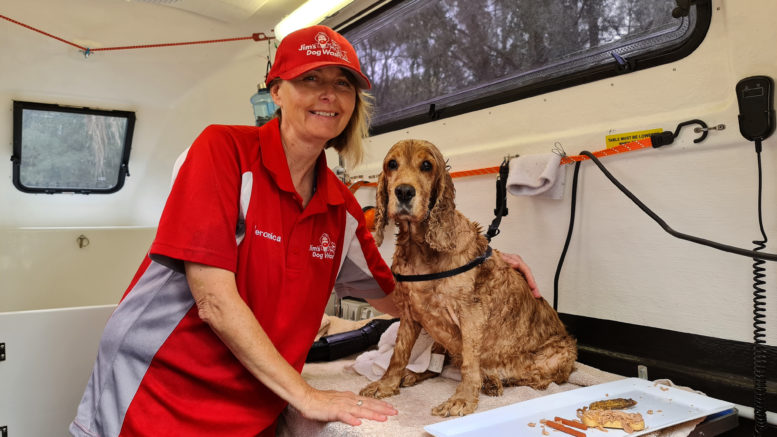 More sick and injured animals will get a second chance at life after rescue organisation, SoCares Animal Care Facility, took out October’s round of the #GreaterCentralCoast community funding round, receiving $2,000.

SoCares manages the animal impound operations on behalf of Central Coast Council, as well as an adoption centre for stray and abandoned dogs and cats.

SoCares Chairperson and Treasurer, Marilyn Jurlina, said the funding support from Greater Bank will assist in the care and welfare of those animals brought in to the impound before putting them up for adoption.

“Many animals that come to us are unwell or require treatment for any number of issues, including cancers, infections and even broken bones,” Jurlina said.

“We make it a priority to ensure these animals receive the best possible care and treatment, whatever the cost may be, prior to going up for adopting and ensuring they get a second chance at life.

“We receive a management fee from Central Coast Council to cover our basic operational costs such as wages, however, providing veterinarian care for animals is an additional expense.

“While we are well supported by a number of local vets, providing this care is expensive and requires a lot of fundraising throughout the year.

“This money from Greater Bank is a wonderful boost for us and will go a long way towards helping us support these animals.”

Also benefiting from the October funding round was The Entrance Amateur Swimming Club and Peninsula Lighthouse, who will each receive a $500 grant as runners-up.

Greater Bank’s Central Coast Regional Sales Manager, Josh Swetnam, said animal rescue was such an important service for the Central Coast community and he is delighted to be able to support an organisation doing wonderful things to support animal welfare.

“It’s sad that so many animals are abandoned each year, which is why it’s critical that we have an organisation such as SoCares providing this service in our community,” Swetnam said.

The November round of the #GreaterCentralCoast program is now open with Woy Woy Peninsula Community Child Care, Wadalba Rural Fire Brigade and Iris Foundation each vying for a share in the $3,000 funding.