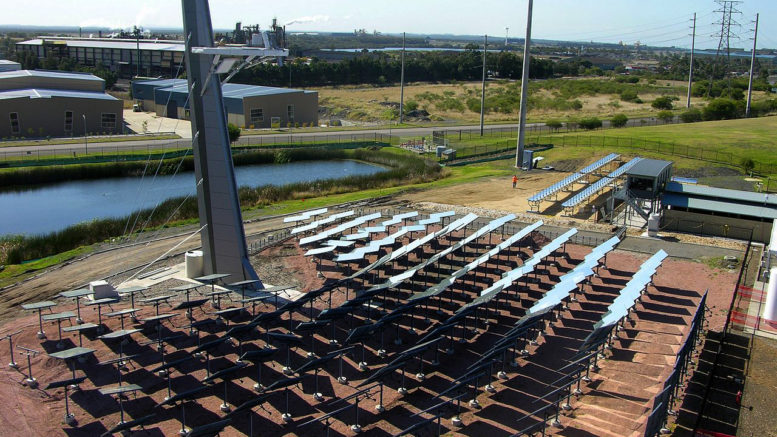 The solar array at the CSIRO Energy Centre in Victoria

The state’s fourth Renewable Energy Zone (REZ) is to be established in the Central Coast/Hunter region following legislation passed by State Parliament on November 17.

Parliamentary Secretary for the Central Coast and Member for Terrigal, Adam Crouch, said the REZ is great news for local jobs, and will underpin the region’s future prosperity.

REZs are the modern-day equivalent of a power station, combining generation, transmission, storage and system strength services to ensure a secure, affordable and reliable energy system.

According to Energy NSW the REZs are expected to unlock a significant pipeline of large-scale renewable energy and storage projects while supporting billions of dollars of private sector investment.

“A REZ for the Central Coast and Hunter is a no brainer – our region is home to some of Australia’s best natural resources, we have the skilled workforce, and we also have the existing transmission links,” Crouch said.

“We know that four of the five coal-fired power stations in NSW will come to the end of their operational life in the next 15 years.

“This will disproportionately impact the Central Coast and Hunter regions and our existing skilled energy generation workforce but establishing this REZ will create hundreds if not thousands of new jobs.”

“We see a growing pipeline of businesses wanting to source energy supplies from cheap renewable sources as a way of validating their own supply chains,” he said.

“Earlier this year we held the region’s first Sustainable Industries Showcase where we highlighted an incredible array of local companies involved in the future-orientated manufacturing, food and energy sector.”

The initial works will also include consultation with the community and industry stakeholders to maximise opportunities to support existing supply chains and workforces as the region moves towards becoming a hub of cheap, reliable and renewable energy.

NSW Labor has labelled the move as “long overdue but a step in the right direction” with local MPs calling on the government to support a set of measures before the Parliament that would guarantee local jobs and local procurement in new major electricity infrastructure projects.

“I welcome the news of the government finally coming on board to recognise the changes that must be implemented to ensure a future for generations to come,” Shadow Minister for the Central Coast, David Harris, said.

“I will join my Labor colleagues in pushing for amendments that lock in the Central Coast as a Renewable Energy Zone which will bring new jobs and investment to the region.”

Member for The Entrance David Mehan said the legislation lacks vision on how workers in the industry will be supported through the opportunities and changes.

“The Central Coast is home to many families who rely on their employment in electricity manufacturing to put food on the table and provide for their children, and it is vital that they are part of the conversation from the start and get access to new well-paying renewable energy jobs,” he said.

Member for Gosford Liesl Tesch acknowledged the opportunities of the bill but said there is still work to be done to ensure the Government adequately protects those who will be severely impacted.