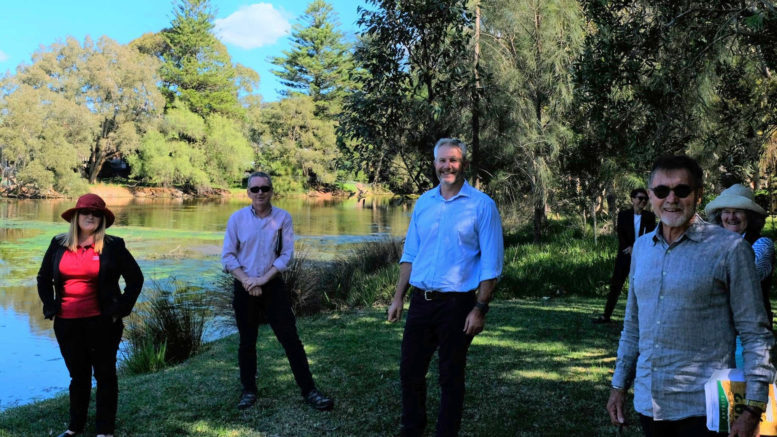 Pearl Beach Progress Association is just a little frustrated over a raft of concerns which have gone unaddressed, some for years.

Members of the association hosted a visit by Central Coast Council officers and Mayor Lisa Matthews just before she and other councillors were suspended and Administrator Dick Persson installed to oversee Council’s affairs on October 30.

Newly elected association president Russell Grove said concerns highlighted during the visit included inappropriate development applications including significant tree loss, the poor state of roads in the beachside suburb and silting of the lagoon on the northern side of the main road into town.

“Of major concern to locals is road access – with just one road in and out,” Grove said.

“It was also pointed out that some developments did not rest easy with the current Council Development Plan – that is to say design and size not in keeping with the village.”

The Cliff Path, which stretches from Umina Beach to Pearl Beach around Mt Ettymalong (Ettalong), is another major problem.

Once a road for vehicles and the only means of access to Pearl Beach the path slowly reverted to a walking path, which has deteriorated to a point where it is now signposted as dangerous.

During weekends and holiday times a considerable number of people walk the path endangering themselves, the association says, with repair urgently needed.

“Our visit to the cliff path was enlightening,” Grove said.

“While we were there about 20 visitors arrived, reinforcing that repair of the track to make it safe is an important aspect of the continuing success of the Pearl Beach community.

“This is also where the sewer line comes into the area and it just hasn’t been maintained over the years.

“It is important to keep it open as another access in the event of fire.

“It is also important from a tourism point of view as it really is a lovely walk.

“The upper road is now the only workable access and the rock face deteriorates from time to time to the point where the road now bears signs saying ‘watch for falling rocks’.

“If we get a major rockfall there goodness know how long we might be locked out of the village.

“I would also think there would be a liability problem for Council.”

Grove said one option which could work is an upper walkway around the mountain.

But just days after the Council visit, Local Minister Shelley Hancock stepped in and suspended councillors, appointing Persson to get to the bottom of the financial crisis which saw Council announce it was looking at an $89M deficit.

“While they are usually approachable and supportive they have not been able to help with these issues”, he said.

The next move will be to contact Administrator Dick Persson.

“Even though the Administrator is busy he could commission a feasibility report on upgrading or making good the cliff walkway,” Grove said.