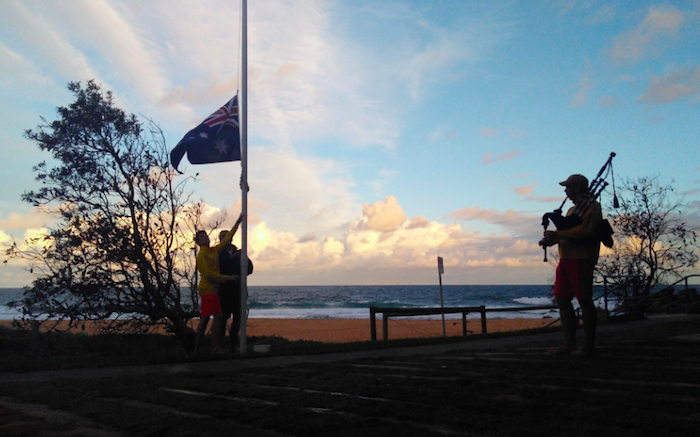 The question of a proper Australian flag is a long-standing one (Send back the Union Jack, CCN 269).

There have been flag competitions, but no design has ever emerged as a clear favourite.

In the spirit of Paul Keating’s suggestion and given that Australia’s international colours are green and gold, I proposed that it should be a gold banana (republic) on a green(back) field, but this was not acceptable.

However, the present flag is known worldwide as “UK by night” and is invariably confused with the New Zealand flag, so something distinctive seems to be called for.

The suggestion that the Union Flag should be replaced by the First Peoples flag in the upper left canton would give proper recognition to the real founders of the country, but there appears to be some controversy over the ownership of this design, so this might present a problem.

I wonder whether we could all agree that the Southern Cross should feature on any new flag: this would, at least, give every designer a starting point.

Peter Fitzsimons has been keen to push the Eureka flag as emblematic of our first efforts at independence, but my view is that it is a rather pedestrian design and not consonant with the image we want to project today.

The British had the advantage of having four different flags to combine into the present Union Flag, but the imagination boggles at the idea of combining our six state flags into anything but a dog’s breakfast, so that avenue doesn’t seem open to us.

Perhaps, something in patchwork, representing our mongrel background, with a collage of coal lumps, barley stalks, cotton bolls and grape bunches, surmounted by a beer keg, would do the trick.

Foreshore land sale was a giant fraud against the public