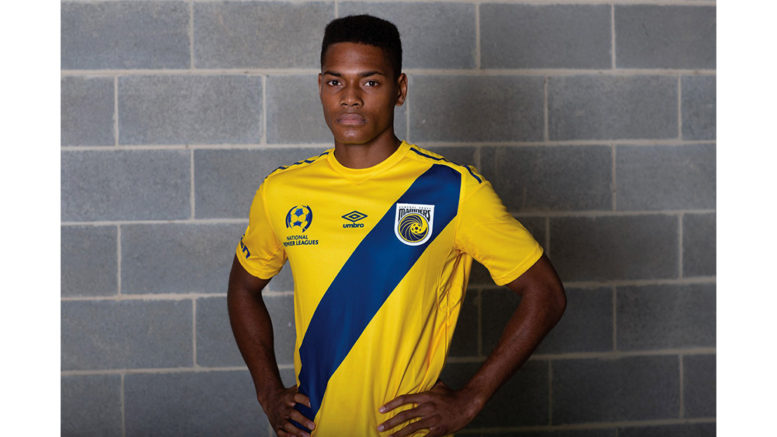 Mariners Academy defender, Dan Hall, has signed a senior contract with the club for the upcoming A-League 2020/21 season.

The 21-year old, originally from Queensland, joined the Mariners Academy in the middle of 2018 and has quickly established himself as one of the National Premier Leagues’ best young defenders.

Hall first played football in China as a 6-year old with other expats as his family moved there for work, before joining Lions FC when they relocated to Brisbane a few years later.

He moved between clubs before settling with Western Pride at 16, and played three seasons before a chance opened up to trial with the Mariners, and he soon after moved to the Central Coast.

Stints with the NPL squad in 2018 opened the door to the Youth League where he was a focal point throughout the 2019 local season and then captained the Mariners’ Youth League team in the 2019/20 season.

This year, he captained the NPL 1st Grade team for the Mariners and was a key part of the team as they won the Premiership, Championship and Club Championship, and Hall was also named Best on Ground in the grand final as the Mariners beat Northern Tigers 6-2.

Now with a senior deal under his belt, Hall said his interstate move feels more than vindicated.

“I wouldn’t say it was a big risk as it was something I wanted to do, and I did it more for the experience of moving out of home,” he said.

“I didn’t have my eyes set on anything, it was more a day at a time type thing, but I’m so stoked about it and so happy for me and my family.

“You definitely notice the difference moving up to senior level, it’s been a good experience, challenging, but the standard of football is so high.”

Mariners Head Coach, Alen Stajcic, said Hall has impressed in the Academy and earned his call up to the A-League.

“Dan has shown great leadership and poise in his time with the youth setup in the last couple of years since arriving,” Stajcic said.

“We’re excited to have him on board in the senior group now and look forward to seeing him progress as a footballer.

“He is another great example of this club’s talent identification and of the calibre of player that our Mariners Academy is producing.”