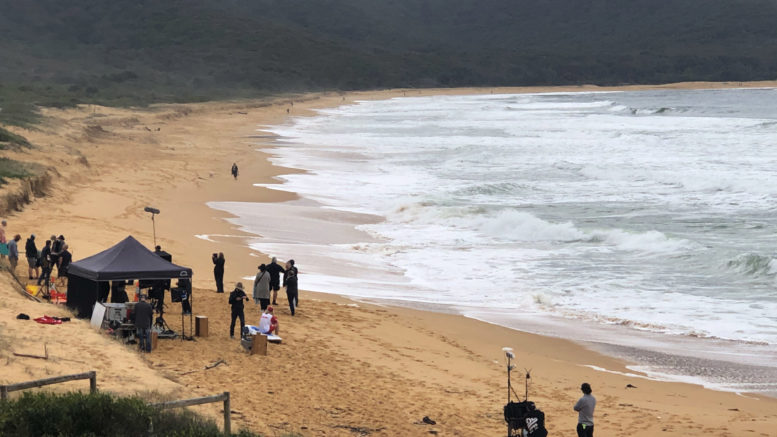 Killcare and Avoca beaches will feature in a new Nescafe advertisement, following recent filming at both locations.

The coffee ad shows a man and a woman enjoying a cup of instant coffee and watching a man complete a trick on a board over a wave.

In August, Killcare Surf Life Saving Club was approached by the advertising production company, Plaza, asking to use the club as a base for filming.

The first scene was filmed at Avoca Beach, next to the fish and chip shop.

They then moved their entire crew to Killcare to film the beach and surf scene.

The production crew used the Killcare SLSC for makeup and operations, with the kiosk attached to the club assisted with catering.

Killcare SLSC member, Heather Pate, was there for the day and said it was a welcome distraction after months of lockdown due to the pandemic.

“A cold winter’s day did nothing to suppress the excitement as a large film production crew descended on the Killcare Surf Club,” Pate said.

“It was fascinating to see the sheer number of people involved in the production as well as the number of times they repeated the filming of each scene.

“It was an entertaining, albeit hectic, relief in an unusual year.”

Killcare SLSC assisted with precautions for the team to operate safely as well as providing facilities such as hot showers for the actors.

Central Coast Council provided a lifeguard during the filming for water safety.

Avoca paddlers were the top performing pair from the Australian Team