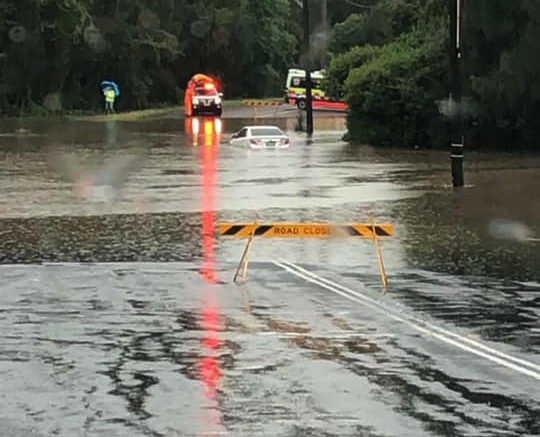 The Central Coast is the 4th most affected region in NSW

Statistics from NRMA Insurance reveal that the Central Coast was the fourth most affected region in NSW during one of the most intense storm seasons from October 2019 to March 2020.

The company says that 7.3 percent of all storm claims in the State came from the Coast.

Berkeley Vale (number 6) and Bateau Bay (number 10) were named among the most storm affected regional towns in NSW.

Terrigal came in at number 4 and Umina Beach at number 8.

This was backed up by Wyong SES Deputy Unit Commander, Sue Robson, who said that there was always a lot of call outs to Berkeley Vale, Bateau Bay and Killarney Vale during heavy rains and storms.

“They’re the three that usually pop up when we have heavy weather, we always know to patrol in those areas,” she said.

“Storms always seem to track through those areas,” Robson said.

In the first storms of the season over the past two weeks, Wyong SES was called out to about 90 jobs.

“It was mostly leaking roofs, eight instances of trees and branches down causing damage and at least four flood rescues when people were caught after driving through flood water,” Robson said.

“The lakes weren’t up and the rivers weren’t up, it was just flooding from rainfall, it was very intense and we had about 150ml in about two hours around Wyong on just one night.

The NRMA data reveals that for the 2019-20 financial year, NSW experienced one of its most intense storm seasons (October to March each year) with 54 percent of all home claims caused by storm damage.

The five-year average for NSW is 53 percent.

NRMA is partnering with the SES this storm season in a bid to encourage residents to prepare for storms early and is urging residents to set aside some time this weekend to prepare their homes.

Simple steps like removing loose items from yards, keeping cars away from trees and powerlines, clearing roof gutters and downpipes, and being equipped with an emergency kit can make all the difference.