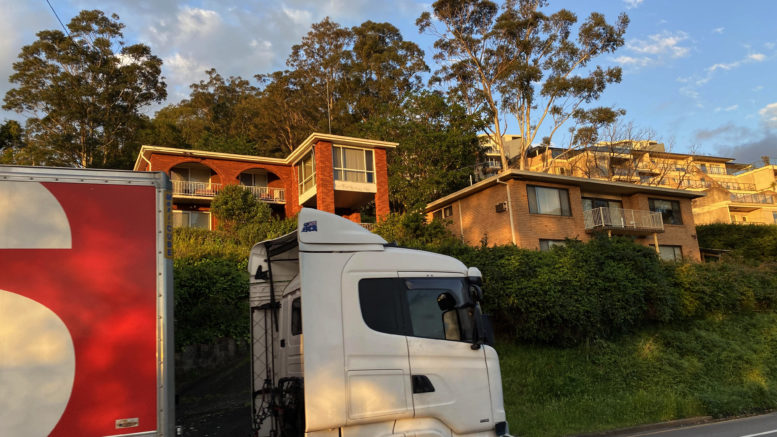 These two homes will make way for 34 units in Henry Parry Dr, Gosford

A block of 34 units has been approved to replace two homes at  93-95 Henry Parry Dr, Gosford.

The seven-storey unit block, which is more than 15 per cent above the building guidelines and doesn’t meet setback standards, has been approved by the Local Planning Panel.

The proposal was deferred at the panel’s October 1 meeting and approved on November 11 after a supplementary report dealt with issues of concern to the panel.

Approval includes increasing the size of the rooftop communal area and that Council approach the Roads and Maritime Service to consider measures in Henry Parry Dr to provide for left in/left out only for all traffic to/from the site.

Two homes will be demolished to make way for the almost $10M proposal of 13 one-bedroom, 19 two-bedroom and 2 three- bedroom units.

Parking for 41 cars will be located in three basement levels with access from Henry Parry Dr through separate entry and exit driveways.

The panels said the proposal was in the public interest.

Council staff said in their report to the panel that the setback limits appeared minor in the context of the overall development bulk and scale.

“It is worth mentioning that the development complies with most of the requirements for this challenging site,’’ the Council report says.

“The building is stepped up the site following the contours.