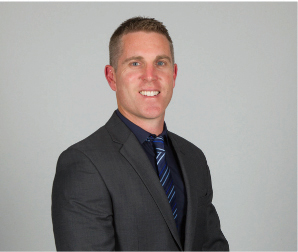 Their resignations were accepted and noted as one of the first items of business at Council’s meeting on Monday, October 26, the fourth meeting in a week.

By the time the resignations were public, the two councillors’ details and photos had been removed from the list of councillors on the Council website.

The 13 remaining councillors moved to thank the two for their contribution in the inaugural term of Central Coast Council, which was extended by 12 months because of COVID-19, until the next local government elections in September, 2021.

The resignations came as Council deals with the financial turmoil that has gripped them since the October long weekend when the CEO, Gary Murphy, alerted councillors to serious and immediate liquidity problems.

Since then the CEO has been on leave, the liquidity problems increased to such an extent the State Government had to advance cash to pay for staff wages, and the Minister for Local Government, Shelley Hancock, has threatened to suspend the councillors and replace them with an administrator.

The former councillors, Marquart and Gale, issued a joint press release on Tuesday morning after the Council meeting, saying that given Council’s financial position, they were “differentiating themselves from those councillors wishing to show due cause to the Minister as to why they should remain in local government.

“These resignations are a statement of our lack of confidence in Council and the Administrator should step in today,” they said.

“In our opinion, the Central Coast region deserves much better than this and we believe appointing an administrator with a strong background in finance, governance and personnel management is the best way forward for our community, considering the severity of the current circumstances.

“There are many factors contributing to this crisis.

“We call upon transparency and accountability for ratepayers, welcoming the internal audit to further investigate problem areas including potential systemic financial and governance issues which may have contributed to restricted funds illegally being used by staff as general expenditure, including to pay staff wages.

“In the past three years, Council has had multiple Chief Executive Officers and Chief Financial Officers within these two key roles.

“This does not happen when an organisation is functioning well.

“During potentially the largest financial crisis seen in local government, the CEO, Gary Murphy, and Acting CFO, are currently both on sick leave, unavailable to answer questions from councillors or staff.

“Liberal councillors have fought repeatedly as a minority to be a voice for fiscal responsibility alongside Independents Cr Best and Cr McLachlan, against a bloc of eight including Labor and green aligned Independent councillors and mayors.

“These same councillors also voted to give themselves a pay rise during Covid restrictions, paid out a contract which would have provided employment at the Warnervale airport, and voted to return a $4.6M grant to the State Government instead of progressing with a major tourism project at Winney Bay.

“We did not support the Operational Plan for 2020-2021 in fear of the deficit position increasing for the region.

“We stressed at the time that the budget was not being reduced far enough and were often criticised by Labor councillors for being conservatives and neoliberal, claiming that the Council should be spending even more.

“Actions taken over the past three weeks by councillors and staff have not provided the level of confidence required to manage the proposed 100-day financial recovery plan.

“It is critical that tough decisions are made quickly to sufficiently reposition Council where it can provide for its staff and the community.

“The suggested actions of borrowing an additional $100M and installing a financial oversight committee to be controlled by the very same Labor and green aligned Independent councillors could take the current financial situation from immediately catastrophic to generationally catastrophic.

“Last week, we sent a letter to the Minister for Local Government requesting the appointment of an administrator, together with a request for legal advice to be provided to councillors clarifying how Council can continue to operate other than to be placed into administration, after Parliamentary Secretary for Central Coast, Adam Crouch, announced that the NSW Government would not provide funding or legislative exemptions.

“Finally, and most concerning of all, is the lack of transparency to the community of information provided to the councillors within closed briefings and under the banner of confidential meetings.

“We have literally been provided with information then gagged and asked to knowingly act illegally.

“At no point should elected officials ever be placed in this position from staff.

“Such matters, along with potential negligence need to be investigated and those found to be responsible held accountable.

“It is for these reasons that we do not feel we can continue on in our roles as councillors and have handed in our resignation prior to another meeting which will call for further confidential sessions.

“Having come on to Council to make a positive difference for our community, we are completely disheartened and disillusioned by the current circumstances.”

Marquart and Gale expressed their sincere contrition to the Central Coast community and the staff of the Council during this extremely difficult situation and thanked those who had supported them during their time on Council.

However, Mayor Lisa Matthews said this wasn’t the time to bail out.

“The writing had been on the wall for some time when the Council term was extended due to COVID-19 and some councillors had said they weren’t going to stand for re-election,” she said.

“We have all struggled immensely, having to regularly attend six-hour Council meetings is not easy.

“They have let down their communities and that’s on them.

“Now is not a time to run but to stay and support the community which has elected us,” Mayor Matthews said.

What needs to be hidden?