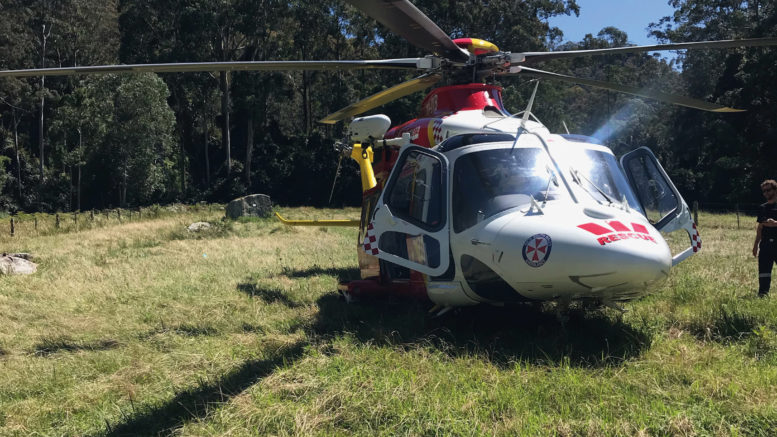 Westpac helicopter rescues a motorbike rider who hit a kangaroo

A mountain bike rider was airlifted to hospital on Saturday, October 10, after crashing in Ourimbah State Forest.

Rescue crews from Central Coast Volunteer Rescue Squad were called to assist NSW Ambulance paramedics to extricate the rider, who was suffering chest injuries, from the bush.

The rider was flown to hospital by the Toll Ambulance Rescue helicopter and reported to be in a serious but stable condition.

In another rescue, the Westpac helicopter was called to an incident in Onley State Forest at Mt Warrawolong, west of Cooranbong.

Emergency services received at call at about 10am on Saturday, October 10, that a motorbike rider had collided with a kangaroo.

Due to the remote location, the helicopter critical care medical team was winched into the location to assist Ambulance Service paramedics treat the 38-year-old rider, who was suffering from shoulder and rib injuries.

He was secured into a stretcher and winched aboard the helicopter and flown to John Hunter Hospital, in a stable condition, for further assessment and treatment.