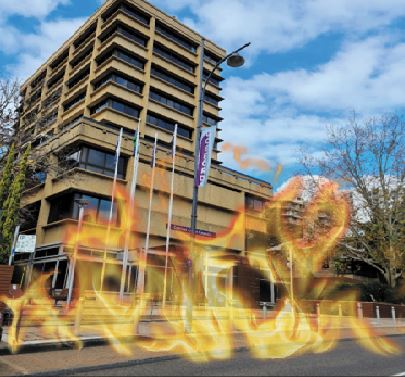 When you have an overpaid top level of public servants, leaving the bottom very thin on the ground, that’s where the problem lies.

As well as the last Carr Government (1999-2003) telling councils outside the metropolitan area that they have to look after the highways in their area – where did he think the money was coming from?

(The cost of) all state structures have to be borne by the state not the local ratepayer.

The other matter is that, when all government authorities get outsiders to do the work of councils, it costs three times as much as more levels of bureaucracy are needed.

So the solution to all councils; don’t do state work unless the money is paid up front, make sure locals can do local work and stop wasting money on stupid things … and get on with matters that are needed by all, not just the few.

We miss out on Old Sydney Town revenue, and the Mt. Penang Flora Festival.

According to data it brought in millions of dollars to the Central Coast, [now] all closed down.

When is the State going to pay for its part in this destruction of our local economy?